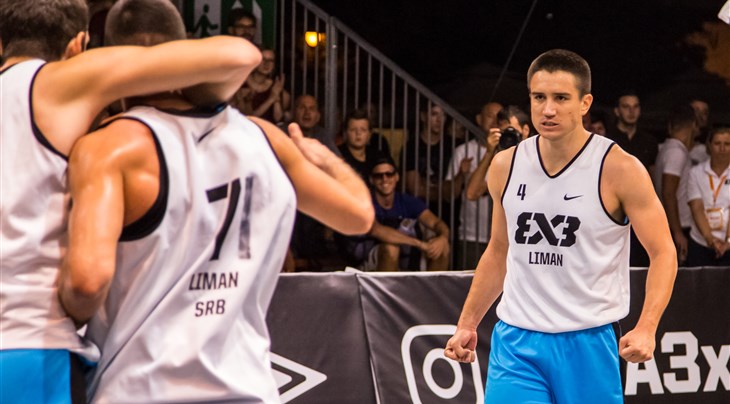 *All pool games on Saturday October 28

All 3 teams compete at the Final for the first time.

These 3 teams have never met at the World Tour.

Welcome to the battle of the youngsters. Three teams, three rookies at this level. But some serious contenders for the title.

After a solid performance at the Lausanne Masters last year, Liman (SRB) came back to the World Tour with He-Man sized ambitions. And after a timid start in Saskatoon and Utsunomiya, they went on to win both the Debrecen and Mexico City Masters. They beat all the best teams in the world and are 4-0 this year against the reigning champs Ljubljana (SLO). Their star Stefan Stojacic once shut down Steph Curry in youth categories. Can he stop the Chef of 3x3, Dusan Domovic Bulut?

You thought Liman came out of nowhere? How about Riga? These guys showed up at the Europe Cup - representing Latvia - with zero professional 3x3 experience and destroyed some of the best teams in the world. They played in 3 Challengers this year (international qualifiers to the World Tour) and won every single one of them. Things didn't go as planned at the World Tour (3 exits in the semi-finals) and the team will surely miss injured big man Edgars Krumins, but NOBODY wants to face these dudes in Beijing!

We almost feel sorry for Humpolec. But not sorry: these guys made their way to the quarter-finals both at the Saskatoon and Prague Masters. Their top scorer Ondrej Dygryn can bully any World Tour player to the hoop and the youngest player at the event Vojtech Rudicky (19) is the future of Czech 3x3 basketball.