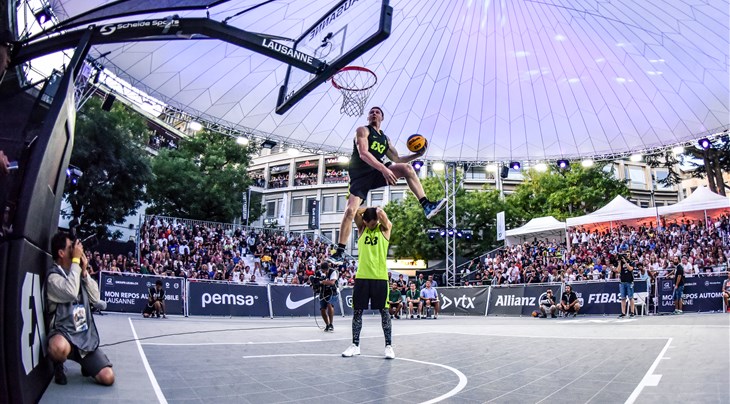 BEIJING (FIBA 3x3 World Tour) - The best dunk contest of the year! That’s what you’re in for at the World Tour Final in Beijing, China on 28-29 October.

Lipek, Chris Staples, Miller: we brought back the 3 medalists from the World Cup Dunk Contest!

Will they go in the same order this time?

Listen: 1 of them will go home after just 2 dunks, this is nuts.

No one has won more 3x3 dunk contests than Lipek. The Poznan Posterizer can get 6 to 10 feet real quick and spin in the air like a ninja. Plus nobody can get a crowd hyped like he does.

Chris Staples is just too easy. When the American goes for a 360, he’s like Neil Armstrong bouncing on the moon in 69. Staples’ also an actor and his idea of a good show is dunking over the most beautiful girls in the crowd.

Last but not least, there’s nothing Lite about that Miller. The Ukrainian has unique timing on his dunks off the bounce and throws it down with more authority than Cersei Lannister.

Lipek, Staples, Miller, who do you got?