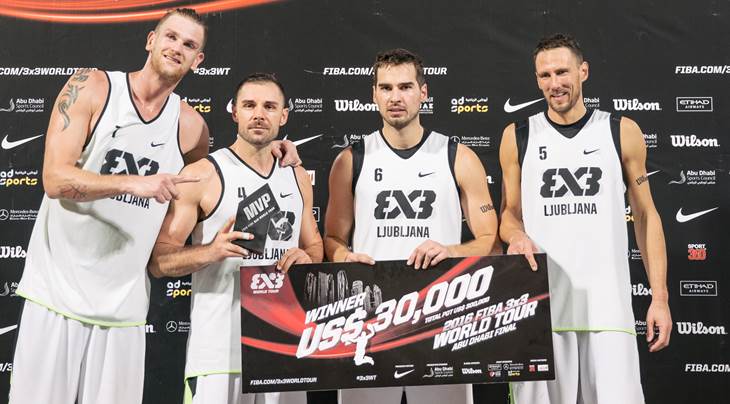 MIES, Switzerland (3x3) - FIBA on Thursday announced the full schedule for the sixth edition of the FIBA 3x3 World Tour, which will start in Saskatoon, Canada on 15-16 July and culminate with the World Tour Bloomage Beijing Final in the Chinese capital on 21-22 October.

Launched in 2012, the yearly World Tour is the flagship competition of 3x3 basketball. It sees teams representing cities from around the world qualify for seven Masters and a Final through a worldwide network of qualifying tournaments.

Though the overall number of events remains the same in 2017, prize money will be nearly doubled to reach a total amount of half a million USD.

The best 3x3 players in the world return to the streets of Utsunomiya, Prague, Lausanne, Debrecen, Mexico City and Beijing in iconic downtown locations, which include Buddhist shrines, shopping malls and UNESCO World Heritage sites.

The competition makes its inaugural appearance in Chengdu, China and in Canada after Saskatoon announced its support for the team that represented the city at the World Tour since 2013 by hosting a Masters.

The top 12 teams in the World Tour standings after the last Masters - including the winners of each stage - qualify for the FIBA 3x3 World Tour Bloomage Beijing Final, which will be staged in China for the first-time ever.

An initial list of the FIBA 3x3 World Tour 2017 Qualifiers will be available on FIBA3x3.com this week.

It was played successfully for the first time in international competition at the 2010 Youth Olympic Games in Singapore and since then has benefitted from the launch of a yearly city-based FIBA 3x3 World Tour (www.fiba.basketball/3x3worldtour) and national-team World and Zone Cups.