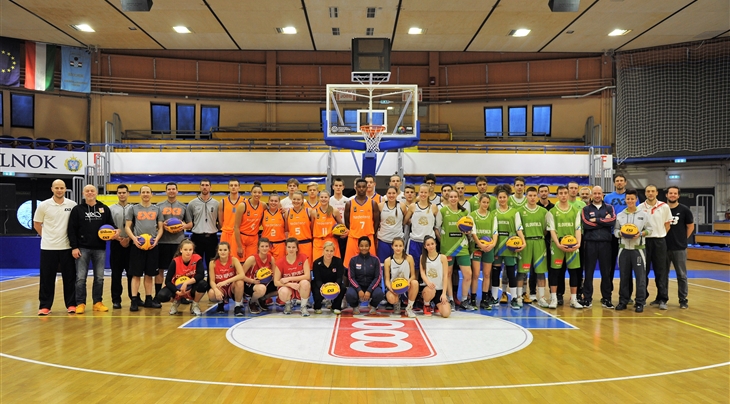 During the weekend, the national teams were mixed together into four on-the court training sessions to focus both on individual and team skills and one classroom session. “Training camps like this are important for kids to get information from coaches and learn more skills for 3x3. When I started playing the game, it was not as popular. It is very good for young players as 3x3 is the future and might be in the Olympics,” said Medgyessy

The camp concluded with a tournament with six games of pool play ending with the top teams playing head to head. No less than three games went into overtime in the women’s category. However, both women and men’s finals resulted in Slovenia vs. Netherlands match-ups. In both cases, the Dutch avenged pool defeats and won both finals.

National coaches recognised the importance of 3x3 specialisation and knowledge-sharing.

“The Fast Track skills camp gives the opportunity for our four biggest players to see possibility in playing 3x3 long term - possibly in Olympics or club. They can take it even more seriously,” said Frank Vermeulen, Dutch National U18 Boys Coach.

FIBA intends to build on this initial camp and work with federations to implement further U18 Players skills camps and U23 continuation programme.

The full Fast Track Programme requires federations to identify 32 (16 male and 16 female) U18 players to commit in four national skills camps while select teams of four  to participate in international skills camps organized with FIBA similar to the one conducted in Szolnok.

In the U23 continuation programme, the national federations will be required to send a team to minimum six U23 stops.

Interested national federations can register by the end of the month to participate. FIBA will organise the next international skills camp in early summer.