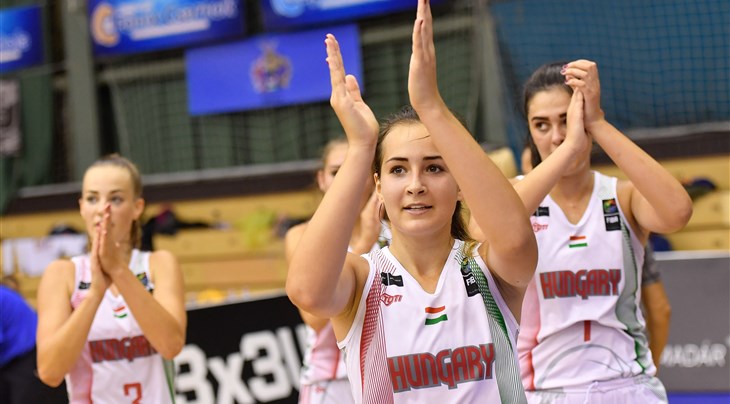 First, the 6 founding members of the FIBA 3x3 Fast Track Program (Czech Republic, Hungary, Japan, the Netherlands, Sri Lanka and Uganda) all participated and two of them won a medal at the FIBA 3x3 U18 World Cup 2017, which took place in Chengdu, China on June 28 - July 2 2017.

Meanwhile, over the past weekend's tournament at the FIBA 3x3 U18 Europe Cup in Debrecen, Hungary; the host country’s women team topped the podium for a gold medal and the Netherlands (M +W) won silver and bronze medals respectively. Hungary (M) and Czech Republic (M+W) also qualified and competed at the U18 Europe Cup.

The Fast Track program's goal is to help national federations develop specialized 3x3 players and identify future Olympic medallists. The program kicked off at the beginning of 2017 in Szolnok, Hungary with six countries participating in a skills camp and post-camp tournament.

The Fast Track results were plain to the eye at the FIBA 3x3 U18 World Cup as both the Netherlands’ men and Czech Republic’s women won silver.

Hungary also notched strong results in both the Women’s and Men’s categories finishing 4th and 6th respectively. Japan’s women became a tournament favorite thanks to the flashy Rena Takahashi but finished 13th overall after playing in an incredibly tough Pool A.

Though Uganda and Sri Lanka who are newer to the program did not register the same type of results, Team Sri Lanka’s top scorer Leia Hamza said:

"The experience was indescribable to see the amount of talent from other countries and players. We realized that we had a lot of work to do from here – in Fast Track we practice once a week with all 16 players so we will look to build our skills up and participate in more tournaments."

It was evident throughout the tournaments that Fast Track players had experience playing the 3x3 format. The Netherlands National Coach Jeanine Tijn a Soe commented:

"I have attended the U18 tournament for four years and I see the development getting higher and more federations have developed 3x3. However, you can see with the results this summer what Fast Track brings. The Fast Track teams have more exposure and more experience on the international level coming into the tournaments."

To focus on this weekend’s past events in Hungary, the strong finishes by the Netherlands and Hungary were indicative of the effort put to train specialized players. The U18 Europe Cup’s Top Scorer Maik Bouwer (NED) who notched 30 points throughout the tournament has been participating in Fast Track since the inception in January.

Following the U18 competitions, Fast Track U18 international training camps will take place in Mongolia in October and in Andorra in November.

Additionally, the Fast Track program has a 2nd pillar to engage U23 players from these countries called the FIBA 3x3 U23 Nations League. The initiative affords the opportunity for players to remain engaged in the sport and compete more frequently at the international level. The five stop tour ended in Sri Lanka with Slovenia winning the boys competition and Hungary winning the girls competition.