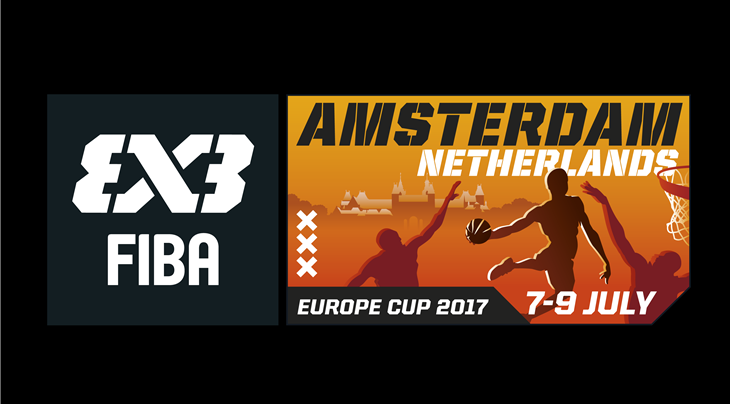 The logo showcases the skyline of the world-famous Rijksmuseum, which will be the iconic urban backdrop of the event, when it is staged on Museumsquare on 7-9 July 2017.

It also features the national colour of the Netherlands (orange), the symbol of the city of Amsterdam (three crosses) and the three players of a 3x3 team.

The FIBA 3x3 Europe Cup 2017 is hosted by the Dutch Basketball Federation (NBB) and organised by sports marketing agencies TIG Sports and House of Sports, in association with Topsport Amsterdam.

The event will take place during the second edition of the Urban Sports Week Amsterdam.

Twelve men's teams and 12 women's teams will compete during the FIBA 3x3 Europe Cup 2017. The next milestone is the two qualifiers, which will be staged in France and Andorra on 23-24 and 24-25 June respectively.