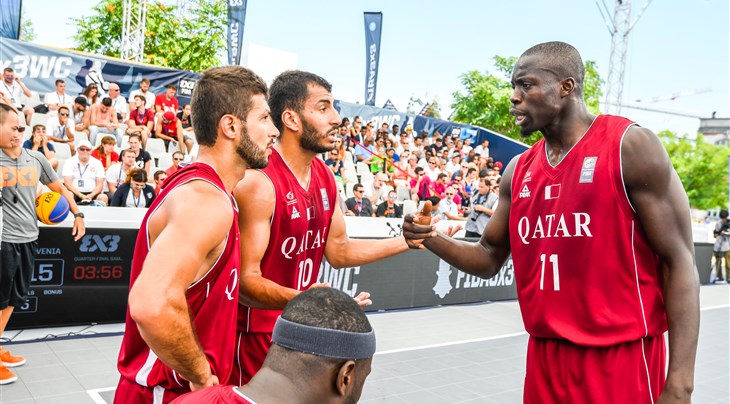 ASHGABAT (3x3) - No less than 13 FIBA 3x3 World Cup alumni will compete at the 3x3 event of the Asian Indoor and Martial Arts Games on September 19-24 2017 in Ashgabat, Turkmenistan.

Looking for a favorite in the men's category? How about Qatar, who feature FIBA 3x3 World Cup 2014 winner Erfan Ali Saeed. Not to mention Tanguy Ngombo and the exciting Abdulrahman Mohamed Saad, who brought Qatar to the quarter-finals in the last 2 editions of the World Cup. Their 4th player has also tasted gold before: Nedim Muslic was on the team that won both the FIBA 3x3 U18 World Cup and the FIBA 3x3 U18 Asia Cup in 2016.

Don't sleep on Mongolia though, who will play with 3 of the 4 players who reached the semi-finals of the FIBA 3x3 World Tour Utsunomiya Masters with Team Ulaanbaatar this season. It was the first time ever a Mongolian team competed on the FIBA 3x3 professional circuit.

In the women's category, the entire Turkmenistan team - led by captain Ayna Gokova - collected some valuable experience playing at the FIBA 3x3 World Cup in France earlier this year.

Keep an eye on a very young Indonesian team, which will feature 2 of the winners of the FIBA 3x3 U18 Asia Cup 2017, including the MVP of the tournament, the supremely talented Lea Kahol.

In total, 28 teams from 20 different countries will see the floor in the state-of-the-art Ashgabat Olympic Complex.