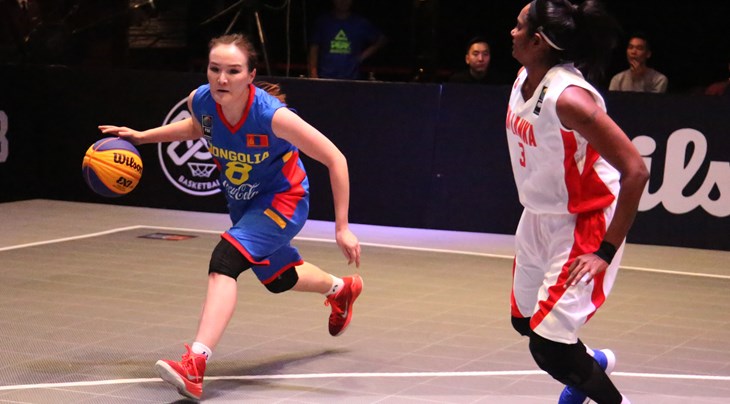 Enkhtaivan, who scored 19, guided Mongolia to a perfect record on Day 2 after leading the team in scoring. She was tied with New Zealand's Alfonzo Barton, who had also 19 points and two wins on the last day of pool phase at the 3x3 Asia Cup.

In the men's category, second was Qatar's Abdulrahman Mohamed Saad, who tallied 18 points, while Kazakhstan's Kotenko had 16. Leading the scoring charts in the men's competition at the end of the pool phase is Kyrgyzistan's Kuranbaev, who scored 28 points yesterday.

In the women's category, Ayna Gokova (Turkmenistan) scored 17 points to finish second in the scoring list today and at third was China's Jinxian Wang. Leading the charts is still Jess Bygate, from New Zealand, who had 21 points yesterday.