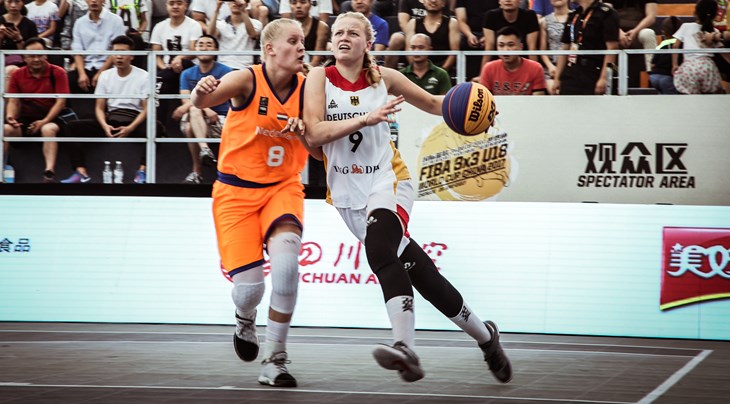 After topping the women's scoring charts after Day 1, the 17-year-old is now the scoring leader in both categories.

The Osnabrück native not only tallied 19 points on Day 3, she also guided Germany to the quarter-finals.

Argentina's Alexandra Torruella ranks second with 25 points while Leia Hamza scored 23 of her team's 31 points to be third overall in the scoring list.

In the men's category, Israel's Tamir Schiller remains number one with 29 points in 4 games. Florencio Serrano (Philippines) trails by just one point after scoring a whopping 18 points on Day 3. Ayoub Nouhi (Belgium) and Boyd Van der Vuurst (Netherlands) are tied at third place with 26 points.