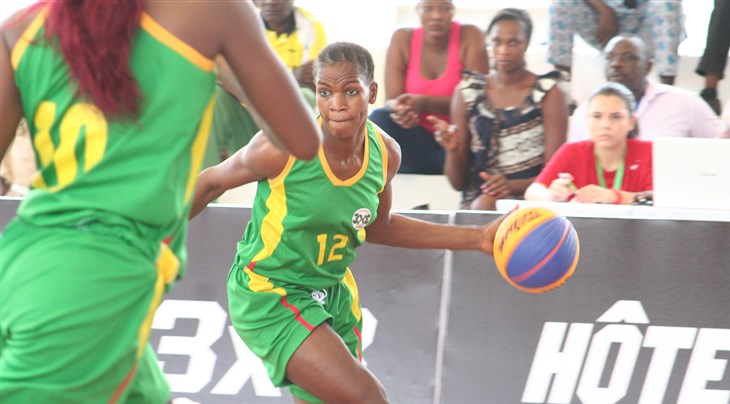 LOME (FIBA 3x3 Africa Cup) – Egypt’s men team opened the 1st edition of the FIBA 3x3 Africa Cup with 2 wins on Day 1 in Pool C at the Stade Omnisport de Lome, Togo on November 3, 2017 to qualify for the Quarter-Finals with a total of 29 points to their credit.

The Egyptians defeated Mauritania 16-13 in their first game and followed it up with a 12-9 win over Cote d’ Ivoire. The Ivoirians on the other hand could only manage a win over Mauritania in a game that ended 18-5 to record a total of 27 points.

In Pool A for men, Mali also recorded two victories over Gambia 13-7 and 18-7 over Uganda to also move on to the Quarter-Final stage with an impressive 31 points while Uganda ended the day with 19 points from two games.

In the Women category, Mali reigned over their Pool B opponents winning all four games against host Togo (9-7), Egypt (19-12), Nigeria (13-11) and Mauritania 21-2 to score a total of 64 points while Nigeria recorded three victories from four games.

Team of the Day: Mali (Women)
Mali dominated in all their games on Day 1. With fans cheering, Mali left no one in doubt that they are the team to beat.

Game of the Day: Togo vs Egypt (Women)
With two loses to Mali and Nigeria in their first two games in Pool B, hosts Togo had secured an impressive win over Mauritania 15-3 to go into their last game against Egypt. They knew that they could upset the North Africans and kept the fans on their feet with a close game that ended 15-17 in favor of Egypt.