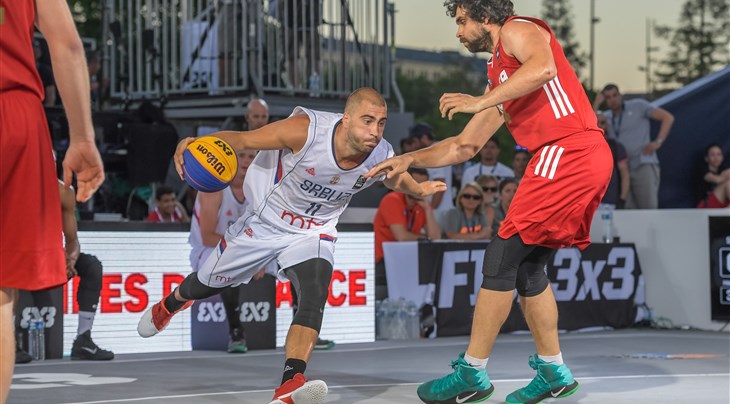 After a quiet start against Egypt, 'Mr Bullutproof' lived up to his fancy nickname, scoring 15 points in a much-anticipated game against arch-rivals Russia. He tallied 21 points on the day.

In the women's category, Switzerland's Sarah Kershaw just couldn't miss from outside the arc in the game against France and led all scorers with 18 points combined on the day.

Dutch star Jacobine Klerx broke some ankles and finished second in scoring with 13.