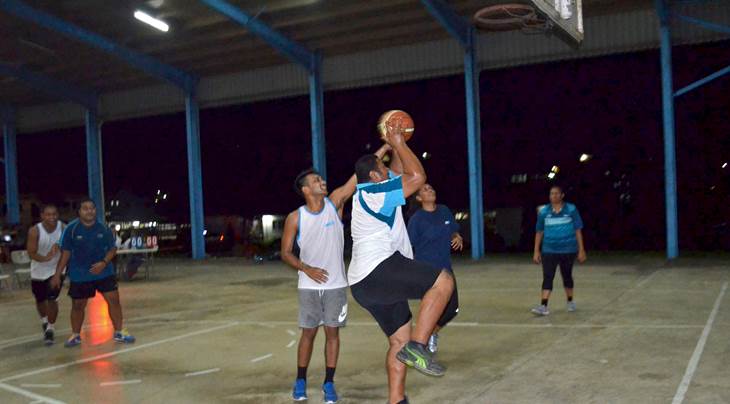 SUVA – Basketball Fiji hosted their first ever 3x3 Business House competition earlier this month. The event was a great success with nine teams registering for the event from five different organisations.

The Business House initiative provides an opportunity for local businesses to help their employees stay active and healthy through participating in 5-on-5 and 3x3 basketball.

Competition quickly heated up with bragging rights and the Business House 3x3 Championship on the line.

The Fiji National Police Force (FNOF) registered two teams for the event but it was FNPF 2 that finished top of Pool A after winning their first four games.

Team Digicel Alpha dominated the Pool B round games, winning three-straight and averaging the most points of any team before heading into the tournament finals.

Digicel Alpha and FNPF 1 managed to make their way to the final showdown. This game went right down to the wire with only one point separating the two. Team Digicel Alpha finished their clean-sweep of the event going 5-0 with a 7-6 victory in the final.

“The Digicel Business house teams we would like to thank Basketball Fiji for hosting the Business House 3x3,” said Savenaca Buadromo of Digicel Fiji.

“We appreciate Basketball Fiji for supporting the Business House basketball as it fosters teamwork and team bonding for us after work hours. Our players enjoyed themselves and had a lot of fun and the competitive atmosphere was something that was new to most of them.”

“We look forward to other Business house events Basketball Fiji has in store.”

BF’s 3x3 Business House competition is made possible by the support of FIBA and Australian Government funding through the Pacific Schools Partnership program.