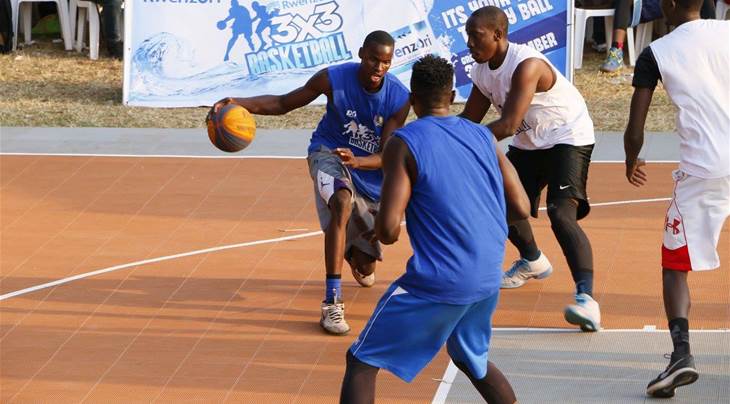 The teenagers will be the first male players from Uganda to compete at any FIBA sanctioned World Cup event. Back in 2014, the women's senior national team had competed at the FIBA 3x3 World Cup and finished 14th.

Seeded in Pool D along with Kyrgyzstan, Romania, Indonesia and Belgium, Africa’s only representatives Uganda will come up against experienced sides but head coach Hamza Nyambogo believes this will be very good for his youthful side.

In an exclusive interview with FIBA.com, Nyambogo admitted:

"One challenge we have is that other countries are exposed in terms of basketball and in terms of quality of opposition so going to the World Cup is a big deal but we already have a win."

"Our win is already there by virtue of Uganda participating in a World Cup competition. For our young boys, the main thing is to expose our talent and to also build on it."

Uganda has been one of the pioneers in the development of 3x3 in Africa and enhanced the purpose of the shorter version of the game, which is diversity.

"It is a tremendous opportunity. The 3x3 World Cup organised by FIBA is a big deal. It puts our country among 20 of the best countries in the 3x3 competition," Nyambogo rejoiced.

"Currently, we have enrolled for the Fast Track programme which is a 3x3 development programme. Uganda is the only African country to take part so for that this is a tremendous opportunity to fortify our position on the 3x3 rankings and also expose our young talents."

Nyambogo revealed that he hopes to start preparation as soon as possible even though his players are still engaged with school commitments.

"We shall have them during the first term holidays and then a weekend programme that will run at least two or three weeks before they travel."

"We want to get a group of 10 players and from that, we shall select the final four that will be making the trip to the World Cup."

Nyambogo insists that Uganda will be looking to give a good account of themselves in China.

"Most of the countries in the World Cup now have very, very good programmes. Most of it for Uganda is self-growth. Our target is to get there and we are competitive, we put a good challenge and represent Uganda."