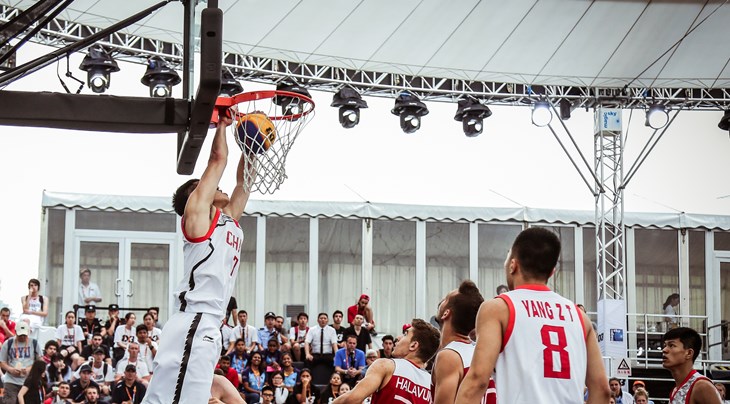 CHENGDU (FIBA 3x3 U18 World Cup) - Team China brought the local crowd to its feet after a perfect 2-0 start on Day 2 of the FIBA 3x3 U18 World Cup 2017, in Chengdu, China on June 28 - July 2. It was a pretty emotional day in general in the capital of the Sichuan province as Japan's women and Hungary's men won 2 absolute thrillers in overtime.

Team of the Day: China (Men)

Team China made a statement as they dominated both pool games. China thrilled the home crowd with a 21-6 victory over Turkey. In the final game of the day, China had more blocks than Tetris and beat South Korea (17-10). Zietang Yang led the team in scoring with 11 points overall on Thursday.

Game of the Day: Switzerland vs. Japan (Women)

Women’s Pool A saw an action-packed women’s game between Switzerland and Japan. The game was close throughout with some strong ball-handling by Belinda Mensah (Switzerland) and Rena Takahashi (Japan). With a 2-point lead in the final second, Mensah hit the 2-pointer to tie up the game and send it to overtime. The Swiss bliss was short-lived however as Maaya Inoue connected from way outside the arc to win the game.

Don’t blink or you’ll miss her.  Rena Takahasi was a key playmaker and scorer in Japan’s win over Switzerland and a very narrow loss against USA. She finished the day with 14 points and broke a few ankles along the way.

Day 3: 1.00-9pm local time (GMT+8) with the return of the Philippines, Belgium and the dunk contest qualifier.