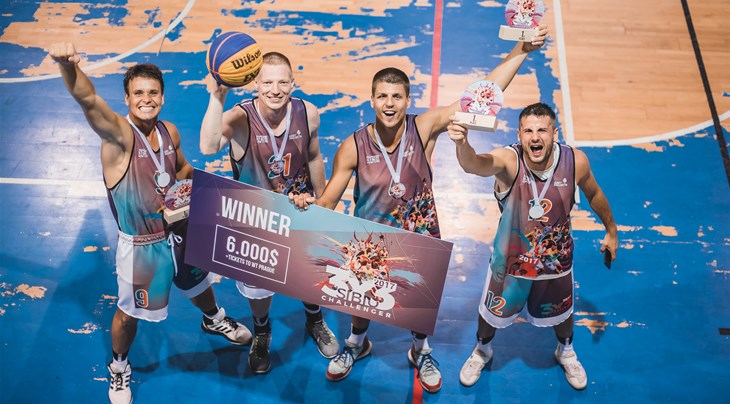 Marko Petrovic was instrumental in Belgrade's title run in the 8th challenger of the season.

The 5ft 11in (1.81m) playmaker finished second overall in scoring and was named MVP of the tournament.

Both teams will compete at the Prague Masters on August 5-6.

It is Belgrade's first ticket to the World Tour this season while Zemun clinched a second-best 4th spot already.

Besides Prague, Zemun will also participate in Utsunomiya, Chengdu and Mexico.

Three of the Top 12 teams in the FIBA 3x3 Team Ranking competed in Romania.

Following the event, Zemun climbed to 5th place in the ranking.

The next 3x3 Challenger will be held in São Paulo on July 22-23. Two of the top 4 teams in the world (Ljubljana (SLO) and Piran (SLO) will meet the best teams in Latin America in Brazil. The two best teams there will qualify to the Mexico City Masters on September 30 - October 1.