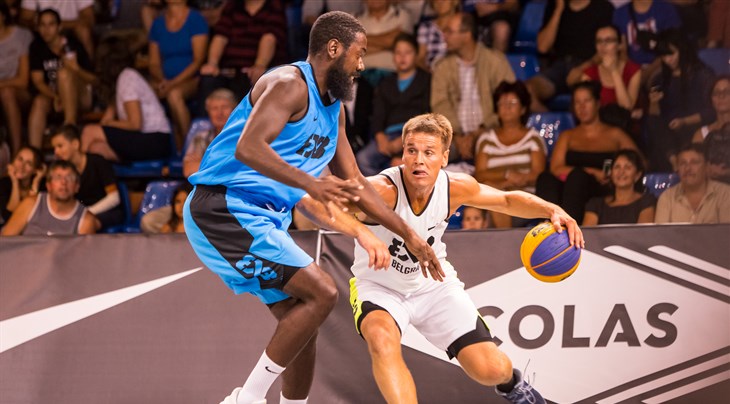 Six teams featured in the first-ever qualifying draw in World Tour history, an innovative way to increase access to the World Tour to more teams and organizers and enhance the World Tour experience on 3 days of competition.

It wasn't a walk in the park for last year's Debrecen Masters semi-finalists, Belgrade. The number seven 3x3 team in the world started with a nail-biter against London (GBR) 19-18 and clinched their spot in the main draw by edging out Vevey (SUI) 18-14.

Sharpshooter Ivan Popovic was key for the Serbians. The 25-year-old topped all scorers at the qualifying draw with 21 points, including 7 bombs from behind the arc.

In the other pool, Zaporizhzhya dominated local heroes Debrecen (HUN) 21-15 before winning a roller-coaster of a game against Aachen (GER) 18-16.

Belgrade will be seeded in Pool C in Debrecen with Serbian countrymen Liman and Amsterdam PM Inox. This means 3 teams in the world's Top 12 will go toe-to-toe in the pool phase (Liman and Amsterdam are ranked 6th and 12th respectively).

Zaporizhzhya aren't exactly in a better situation in Pool D with Kranj (SLO) and Riga (LAT), who are 8th and 9th in the world respectively.