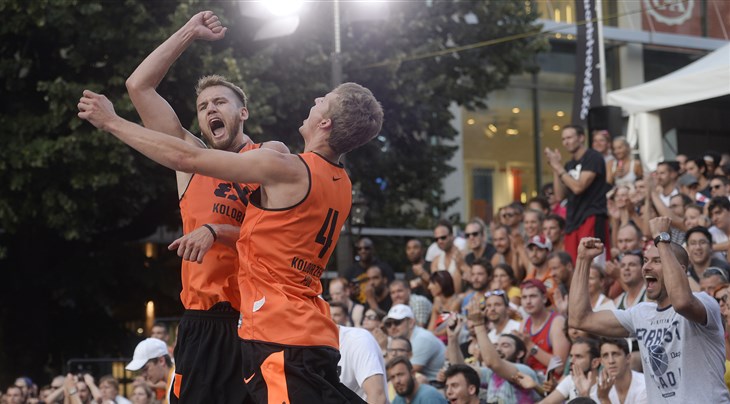 MIES (FIBA 3x3) - The basketball community was thrilled after learning that the International Olympic Committee (IOC)'s Executive Board on Friday announced its decision to include 3x3 as part of the Olympic Basketball program starting with the Tokyo 2020 Olympic Games.

Two-time Olympic gold medalist LeBron James of the USA was supportive of the idea when asked by the Associated Press at an NBA Finals press conference:

"I think it's great for basketball," James said. "For us to be able to add another category to the Olympics, another basketball category, I think it's pretty great."

"It's great for basketball." - @KingJames on @Olympics adding 3-on-3 basketball #NBAFinals pic.twitter.com/kqBknyGpXM

Many 3x3 players followed the announcement live on the IOC's YouTube channel and celebrated the news from Brazil to the Philippines.

The 3x3 community reacts to the @Olympics​ inclusion 🕺😂🤜🤛 pic.twitter.com/zGUKTV5Ubj

Congrats to all #Basketball3X3 athletes who now can dream about playing in the Olympics @Tokyo2020 #FromTheStreetToTheOlympics #3x3 @Fiba3X3 pic.twitter.com/GxdDhmNOG6

Men and women alike were thrilled by the news as FIBA 3x3 World Cup 2014 winner and WNBA player Cierra Burdick spoke in enthusiastic terms about 3x3.

Huge accomplishment for my 3x3 family! More basketball in the Olympics? Yessir!! Let's get it! Tokyo 2020, get ready! https://t.co/vT4i1euf9f

3x3 fans do not need to wait 3 years for good 3x3 basketball action. The FIBA 3x3 World Cup 2017 starts on June 17 and will be streamed live from Nantes, France on FIBA3x3's official Facebook and YouTube channels.