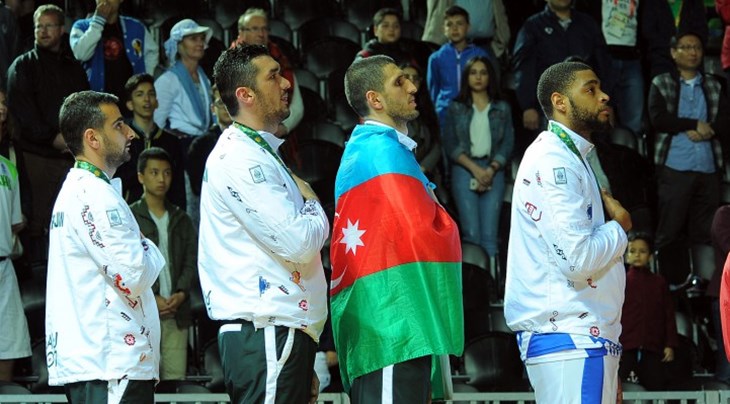 In the women's category, Azerbaijan avenged a pool loss and defeated Mali 13-7 in the final, with tournament top scorer Marcedes Walker owning the paint with 9 points and 12 rebounds in the game. It was the end of a Cinderella run for Mali, who had not been defeated until that moment on one of their first appearances in an international 3x3 tournament.

In the men's category, Azerbaijan dominated 2014 world champions Qatar in front of a sell-out crowd 13-9 in the final, with Amil Hamzayev topping all scorers with 5 points.

3 of the 4 players who represented Qatar at the Islamic Solidarity Games will compete at the FIBA 3x3 World Cup 2017 in Nantes, France on June 17-21.

In a repeat of the women's competition, Turkey's men won bronze again after defeating Turkmenistan (17-10).

Turkey had one of the youngest teams at the event with 3 players who won the FIBA 3x3 U18 Europe Cup back in 2015.

A total of 19 teams from 13 countries competed at the event, including a number of newcomers and returning faces such as Jordan and Syria's women.