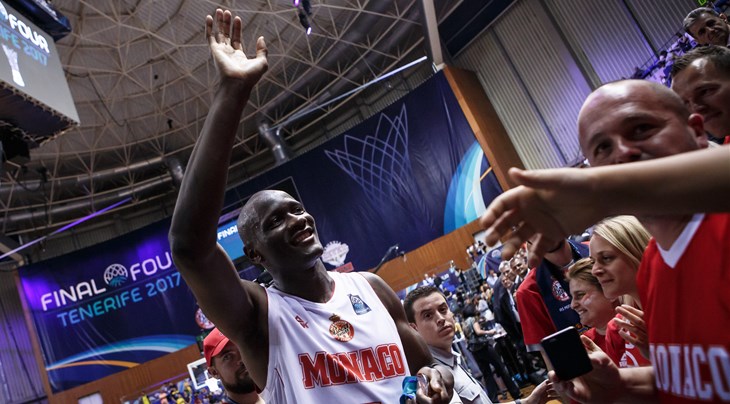 LAUSANNE (FIBA 3x3 World Tour) - 1on1, streetball, basketball: Amara Sy has won nearly everything in his career. The French-Malian star is coming to the FIBA 3x3 World Tour Lausanne Masters to win one of the last things still missing: a 3x3 trophy.

How do you feel ahead of the Lausanne Masters?
I feel confident. I am excited. I watched a lot of videos.

When I was a kid, every 3x3 tournament, you name it: me and my guys won it. I only started basketball when I was 14. Before that, we would always play 3x3 half-court. I love this game and I'm really happy to see it grow like this.

What's your motivation coming to the 3x3 game?
I want to add more items to the trophy cabinet! I won several titles in 1on1, streetball and basketball [Sy reached the Final Four of the first-ever edition of the Basketball Champions League with AS Monaco in 2016]. 3x3 is one of the only thing missing. I love new challenges and I'm just a competitor. I never stop playing basketball. If you don't see me playing, it has to be that I'm injured.

Speaking of injury, what was your reaction when you learned the number one 3x3 player in the world Dusan Bulut would miss the event after hurting his ankle in practice?
We were really disappointed! We're coming to this big event and the number one is not here. I told you I love challenges so obviously I wanted him to be here to compete against him. But the objective remains the same and we have a very competitive team here in Lausanne.

What's the exact objective? Just winning or putting on a show?
We're here to win so the 'chip would be mission accomplished. At the French 3x3 Open [where the team qualified for Lausanne], we won all but one game before the 10-minute limit. But we will adapt to our opponents. And if the game slows down... we'll be ready to mix it up!