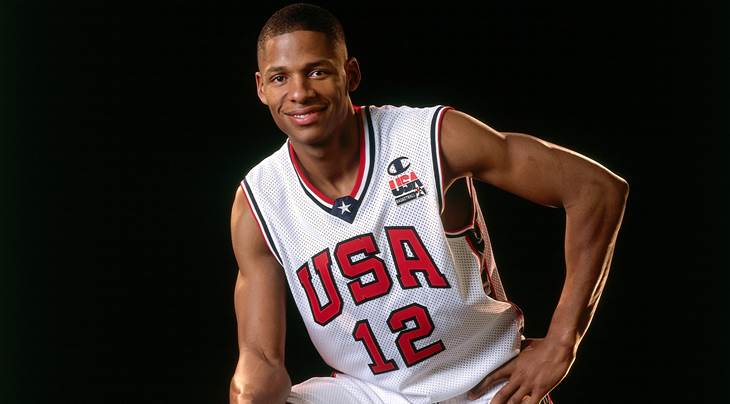 BARCELONA (FIBA 3x3) - Sydney 2000 Olympic gold medalist and former NBA star Ray Allen spoke about his excitement to potentially see 3x3 at the Olympics and named the three players who would be on his all-time FIBA 3x3 Dream Team.

We caught up with the 41-year-old in Barcelona where he was attending the Jordan Brand Classic, a prestigious youth basketball event.

Allen is no stranger to 3x3: the California native played in one of the most iconic streetball scenes in Hollywood history, with Denzel Washington in the Spike Lee movie 'He Got Game'.

"3x3 is something everybody plays," the former sharpshooter said. "You have skilled players all around the World."

In February 2017, FIBA made an official bid to include 3x3 in the 2020 Tokyo Olympics and Allen backed the idea of having a second basketball discipline in the Games.

"I think it's a great idea," said the two-time NBA champion. "It's a different dynamic when it comes to play 3x3 on a half-court so you see some unique skill sets involved.

"I would look forward to seeing that!"

When asked what his dream 3x3 team would be, Allen went old school and selected three other Olympic Gold Medalists and NBA legends: