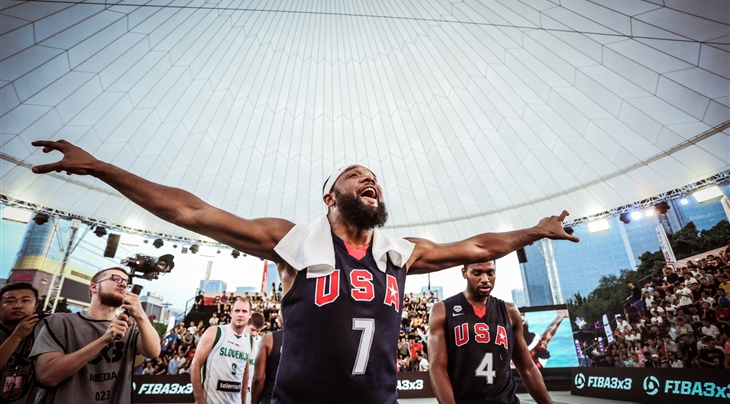 NEW ORLEANS (3x3) – Two of the most recognisable faces in the 3x3 game - 'Super Dave' Seagers and 'Special K' Lytch will feature in a star-studded 3x3 exhibition game during the NBA All Star Weekend in New Orleans and broadcast on TNT on Saturday 18 February.

'Super Dave' led Team NY Harlem to third place at the 2015 FIBA 3x3 World Tour Final in Abu Dhabi and currently ranks 4th in the US and 50th in the World in the FIBA 3x3 Individual Ranking.

Kavon Lytch never played at the World Tour but the super-skilled big man made a name for himself last year, leading the US to a first-ever medal at the FIBA 3x3 World Championships in Guangzhou, China (silver).

The 29-year old was picked by NBA legend and former Olympic gold medallist Shaquille O'Neal and will team up - among others - with one of the most spectacular basketball players of all time, Jason 'White Chocolate' Williams for Kyrie Irving's team.

Seagers and Lytch played together at the 2016 FIBA 3x3 All Stars after winning the Dew NBA3X Tour but there will be no friends when their two teams face off on TNT on Saturday 18 February at 6pm ET.