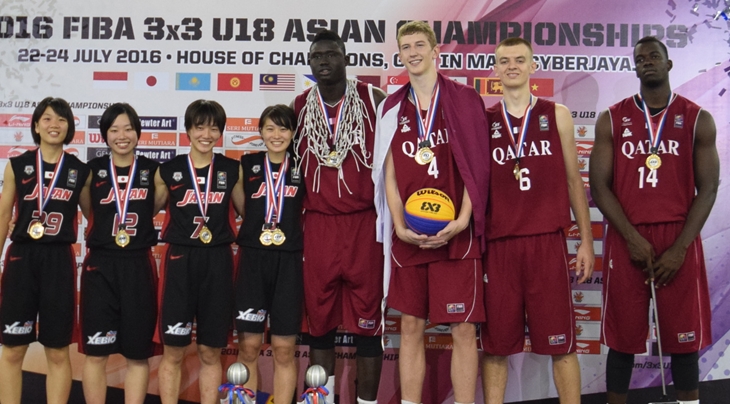 Sixteen men's teams and sixteen women's teams will compete at the tournament - as well as the mixed shoot-out contest - hosted by FIBA in cooperation with the Malaysian Basketball Association (MABA) and organised by NBL Asia. It will be staged in the Gem-In shopping mall. Every game will be played on the same court.

The first edition of the FIBA 3x3 U18 Asia Cup was held in Bangkok, Thailand in 2013 and saw Philippines' men and Chinese Taipei's women win gold.

All eligible Asian National Federations were invited to register a team for the competition.

Bahrain, Turkmenistan and Jordan will make their debut at the event.

With 16 teams per gender registered for the competition, the 6 lowest-ranked teams in the FIBA 3x3 Federation Ranking at the 1 November 2016 cut-off date (except the hosts) will play a qualification in the morning of 26 May 2017. Teams will be divided into pools of 3 teams with the winner of each pool advancing to the FIBA 3x3 U18 Asia Cup 2017.

The event will then be played with 12 teams per gender, divided into 4 pools of 3 teams. The pools will not be determined through a draw, but will be automatically created, based on the 3x3 Federation Ranking of the participating countries as of 1 March 2017.

The top 2 teams from each pool will then qualify to a knock-out phase starting from the quarter-finals.

Teams headed for qualification (world-rank at cut-off in brackets):