Zarytska tops all scorers on Day 1 at 3x3 European Championships 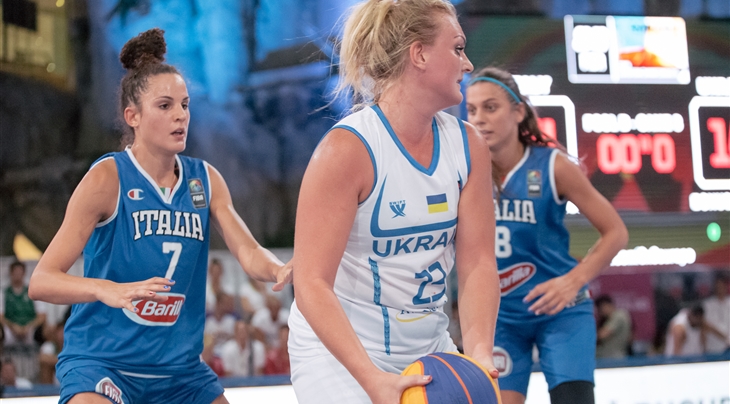 With 2015 European Games top scorer Olga Maznichenko down with a facial injury in the first game against Serbia, the sharp-shooting Zarytska had to step up and delivered 10 points in a narrow win against Serbia (15-13).

She then got the Romanian crowd on its feet with a clutch two-pointer to send the game to overtime... followed by another long-range bomb to win the game and send Ukraine to the quarter-finals.