YOG to Olympics: the story of Moeko Nagaoka and Isabela Macedo 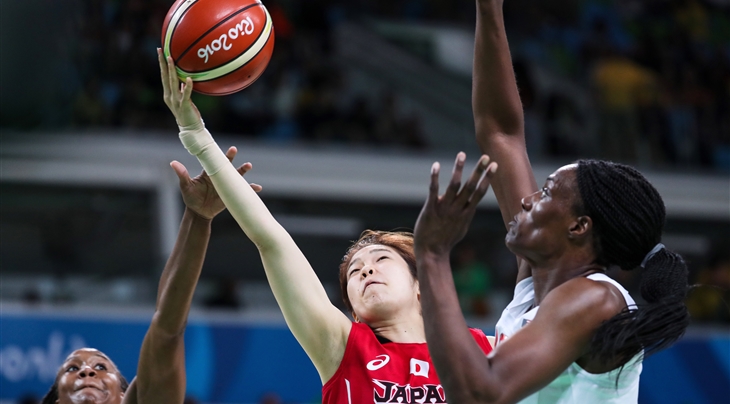 I loved every moment of it! - Isabela Macedo

Isabela Macedo was just 18 when she flew all the way to Singapore to represent Brazil in the first edition of the Youth Olympic Games. The Salvador (Bahia) native discovered there a brand new basketball discipline - 3x3 - which made its official debut at the YOG. "I loved every moment of it. And for some reason, the Youth Olympics has its own magnitude."

Brazil played well in Singapore, beating traditional basketball heavyweights like Czech Republic in the pool phase and went all the way to the fifth place game against an impressive Japanese team. "It was a lot of fun! I enjoyed it. One of my most vivid memories is it was a physical game. I was young and I really learned from that!"

Japan eventually defeated Brazil in this game 32-29 and took an honourable 5th place.

"It was another step up that prepared me for the big step here at the Olympics," the 22-year-old Nagaoka said.

"Playing my first Olympics in Rio, where I have been living for many years, was a big deal for me," Macedo admitted.

"I was really happy to be given a chance of playing for my country on the big stage like the Olympics. It felt like a dream and I wish I had never been awoken!" Both players were the youngest on their team and had limited responsibilities in Rio (around 7 minutes of playing time per game).

Macedo had her best game against Japan (2 points, 2 rebounds and 2 steals in 16 minutes) but Nagaoka's team won that game (82-66) and Brazil was eliminated after the group phase.

Japan stunned France in the groups and gave USA a hard time for 20 minutes in the quarter-finals before bowing down 64-110.

Macedo and Nagaoka's time will come, probably in 4 years when the Olympic Games move to Tokyo in 2020.

And that time around, Nagaoka may have a chance to represent her country at home in one or both basketball disciplines, after FIBA made an official request to the International Olympic Committee to add 3x3 to the Olympic programme.

Macedo and Nagaoka were not the only 3x3 alumni to feature at the Rio 2016 Olympics.

She competed at the event again the following year with team-mate Leticia Romero and Canada's Kiah Nurse.

Last but not least, France's Hélèna Ciak and Laetitia Kamba were silver-medallists at the FIBA 3x3 World Championships in Athens, Greece on 23-26 August 2012.