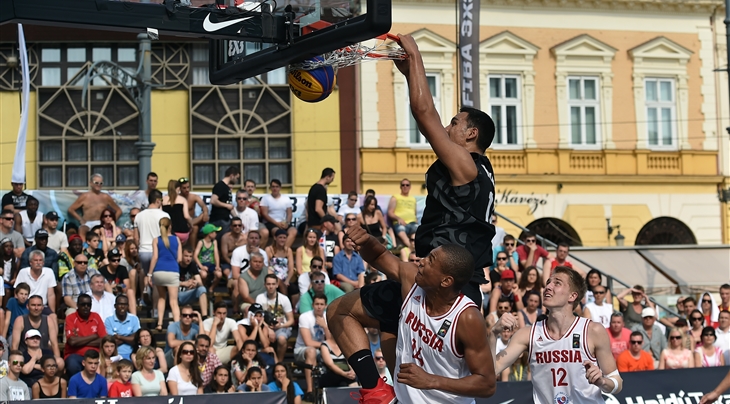 The 2.08m big man was dominant in Hungary last year offensively and defensively and says he is coming back stronger and more motivated than ever after a season learning the ropes under the tutelage of one of the best masterminds in the game of basketball: "I can't wait to get into it."

"I learned so much from physical to mental at Kentucky this season. Being around some of the best players in college basketball is great for the development of my game and learning. John Calipari is just an amazing coach."

I feel like my mind and body are in the best shape right now. - Wynyard

Team New Zealand was extremely talented last year, winning eight consecutive games on their way to gold after dropping their opener. With his three team-mates turning 19 this year though, Wynyard is the only player returning meaning additional responsibilities.

"Last year's team was all around super good," the Auckland native said. "Everyone worked together and we had a great leader in Nikau [McCullough].

"I am definitely confident in myself to lead the team this year but it's not a one-man-show. We all need to show up."

I will definitely have to take a huge step up from last year though. - Wynyard

While the Kiwis were the "Really Tall Blacks" last year with 3 out of 4 players measuring upward of 2.05m, this year's squad will be more balanced with Samuel Waardenburg also standing 2.08m, while Isaac Letoa and Hamish McDonald bare oth 1.85m tall.

Wynyard has a very personal scouting report of his team-mates.

"Isaac is the coolest kid, always funny and the best personality ever. He could get so many girls but he chooses not to. Hamish I don't know too well just yet. Sam is just like Isaac, except taller and a great shooter," he said.

With their reigning MVP back, New Zealand appear as one of the favourites in Astana though they will have to deal with a difficult pool (Brazil, Hungary, Philippines and Spain), the only group where all five teams played at the event last year. Wynyard is confident his team can repeat and do it in style. His programme should appeal to the fans following the game in Astana and on YouTube.

"I will bring dunks, hard work, hakas and constant excitement no matter on and off the court," he warned.