USA Basketball's Colangelo on 3x3 inclusion in Olympic programme: “We’re all for it” 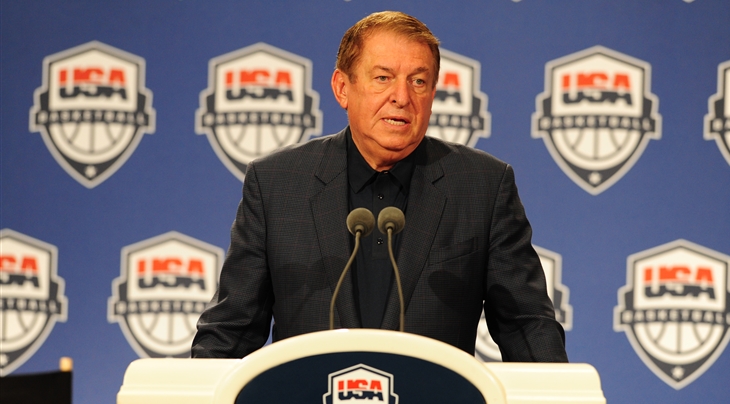 LOS ANGELES (3x3) - USA Basketball Chairman Jerry Colangelo has given his backing for FIBA's 3x3 discipline to be included in the Olympic programme.

The development of 3x3 is one of the four pillars of FIBA's strategy and the dynamic urban game is now played at the Youth Olympic Games, the Asian Games and many more multi-sports events. FIBA has made an official bid for 3x3 to be added to the Olympic programme in Tokyo 2020.

We would love to see [3x3] on the [Olympic] programme and are very supportive. - Colangelo

Colangelo's support comes although USA Basketball have not won a single gold medal in 3x3 basketball in the men's categories (senior and youth) since the discipline's first-ever official appearance at the 2010 Youth Olympic Games.

The next opportunity will present itself at the 2016 FIBA 3x3 World Championships in Guangzhou, China on 11-15 October 2016. The USA men's national team will try to emulate their female counterparts, who have won both editions of the competition in 2012 in Greece and in 2014 in Russia.