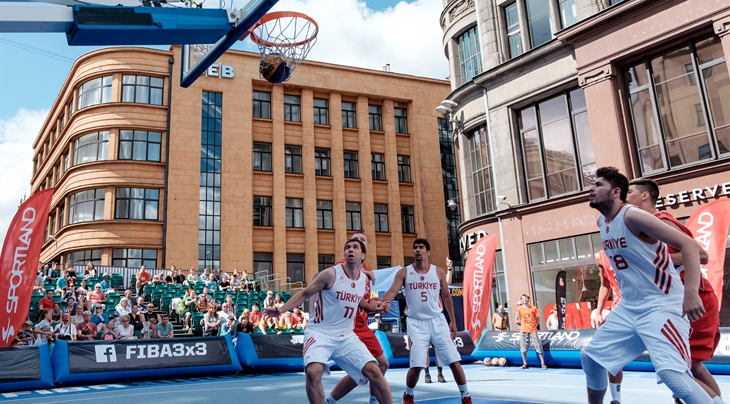 In the men's category, last year's U18 European Championships top scorer Tanalp Sengün got buckets once again (21 in 3 games) and led Turkey to a perfect 3-0 record. Germany was the only other undefeated team thanks to Jeferson Hiller who won the scoring charts on Day 1 with 8 points per game.

Russia and Spain - two basketball powerhouses - are already out after Day 1.

In the women's category, Spain were absolutely unstoppable in Pool B, conceding just 9 points... in 4 games!

The towering Paulo Ginzo (1.90m) - who won bronze at the U18 World Championships a month ago - topped all scorers with 28 points on the day.

Belgium showed nerves of steel on Saturday, winning 3 of their 4 games by 2 points or less.

Action resumes tomorrow at 10.00 local time (GMT+3) with the start of the quarter-finals.