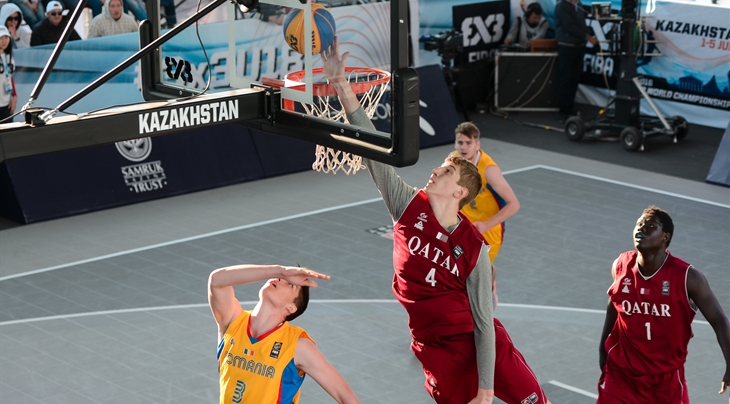 Who can stop Qatar’s men? They conquered the world last month in Astana and have the four tallest players of the tournament. Alen Hadzibegovic showed he could bounce in Kazakhstan. Expect him to make a few guest appearances in the Top 5 Plays of the Tournament.

Back in 2013, the Philippines made history by winning the first edition of the U18 Asian Championships with a certain Kobe Paras on the team. This year’s team doesn’t have the same prestigious names but John Clemente proved in Astana he got game and 15-year-old Rhayyan Amsali is said to be the next best thing.

Kazakhstan’s women showed flashes of brilliance at home during the U18 World Championships, beat eventual quarter-finalists Netherlands and nearly clinched a spot in the quarter-finals. Three of their four players are back for this new campaign, including Karina Olenberg and Railya Mybarakova, who will be the two tallest players at the event.

In recent years, Indonesian teams shined at the FIBA 3x3 World Tour but never made a splash in national team competitions. This stopped this year at the U18 World Championships where Indonesia beat Romania and were narrowly edged out by future winners Qatar. Two of their four players are back. Can they beat Qatar this time?

With China, Chinese Taipei and India not filing any teams, it will be a chance for new teams to shine. Kyrgyzstan will make their maiden appearance at a FIBA 3x3 Official Competition. It will be South Korea’s first time since the 2010 Youth Olympic Games and Singapore’s return after a 5-year-gap going back to the 2011 U18 World Championships.

The event can be followed live on YouTube and on all social media platforms with the hashtag #3x3U18Asia.

More information about rosters, pools and schedules can be found on the official website.