Top 10 women to watch at FIBA 3x3 U18 World Championships 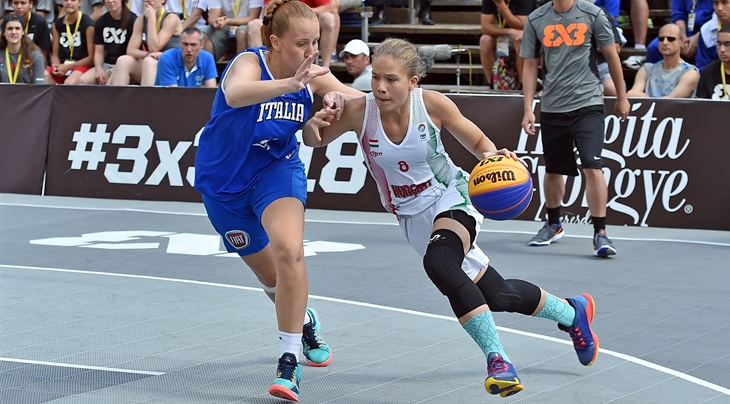 Some players can shoot, and then there's Lucía Alonso. The León native won a medal at the shoot-out contest both at the U18 World Championships (silver) and at the U18 European Championships (bronze) last year. Looks like there's only one metal missing.

Forget about her sister Aby, Astou is the next best thing and is about to own the paint in Astana. The other teams had better shoot the ball well from way out.

After featuring on the team that won the U18 European Championships last year and her team-mates turned 19, she rose to number 1 in the U18 world ranking. This is a chance for the versatile Kányási to show she did not become the top player by accident and she can lead a team to the medal rounds.

That's right, Leger-Walker is a 14-year-old battling it out with 18-year-olds. The youngest player at the event has serious skills and the right genes: her sister played at the event last year and her mum used to captain the new Zealand basketball team and is a 2-time Olympian.

The lightening quick Nowakowska showed some ankle-breaking abilities last year in Debrecen. She also finished 13th overall in scoring in just 6 games. Some defenders are going to look silly live on YouTube.

Another player that has the quickness and the handles to trick opponents. Plus the Texan can shoot all the way from Mexico. Whether they like it or not, some players are going to get Amber-assed.

While the rest of these girls have excelled in youth categories, the crafty Selaawi has already made several appearances for Egypt in senior categories. A woman among girls.

Expect to see Togliani's blonde curls bounce up and down the court. She's basically the fastest thing to come out of Italy since the Pagani Huayra.

Vitásková shined in youth categories with her sweet shooting stroke, great passing skills and amazing fighting spirit. "Dreams only come true when you wake up and go to work" as her bio says on Instagram.

Listed as the number one basketball player in her age class in America, Walker can get to the basket real quick and pull up from anywhere like her idol Kevin Durant.