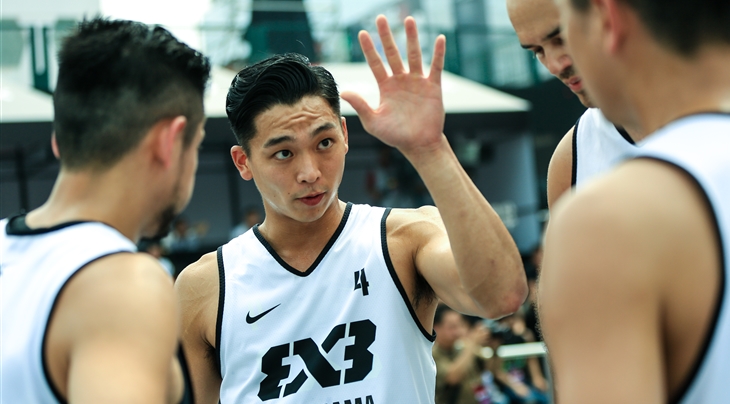 1. NUMBER ONE: He says: "I'm putting my life here" and it's true you won't see any player more determined that number one 3x3 player in the world Dusan Domovic Bulut. The 30-year-old Serb has some serious skills and a few eye-popping streetball moves up his sleeve.

2. REIGNING CHAMPS: The World Tour two-time winners Novi Sad Al Wahda (UAE) make their 2016 debut in Japan. Last time they visited the country back in 2014, they were lifting their first World Tour trophy. The team has been dominating 3x3 for the last two years and are fresh off two wins in challenger tournaments this month. Anyone here who can beat them?

3. THE RIVALS: Ljubljana (SLO) say "yes we can". The 2013 World Tour winners are one of the few teams who beat Novi Sad Al Wahda this year, at the Abu Dhabi Challenger. Team Piran (also from Slovenia) have not beaten the champs in a while but they were just a few seconds away from doing that in the Final last year.

5. FORGET ABOUT CRICKET: The World Tour welcomes the best Indian basketball player of its generation - Amjyot Singh - who was the top scorer at the 2015 FIBA Asia Championship, ahead of former NBA players such as Andray Blatche and Yi Jianlian.

6. WHITE NINJA: Be ready to hear a lot about the amazing story of 26-year-old Slovenian Luka Snoj, who left Europe this summer to become a 3x3 professional in Japan. The MVP of the last round of the 3x3 .EXE Premier League will represent Team Okayama (JPN) in Utsunomiya.

7. JORDAN KILGANON: He put on a show at the Beijing Masters last year and he is back with brand new dunks. No matter the time difference, be sure to be online when the Iris dunk contest starts at 19.40 local time (GMT+9).

8. DREAM VENUE: The World Tour will be played in one of the most scenic locations ever, just off a big wooden torii (arch) on the path to the Futaarayama shrine.

9. IRON MIC: He's faster than Kyle Lowry and smoother than Wes Montgomery, it's Kyle Montgomery, calling the games live with an impeccable pronunciation of Asian player names for the entire weekend.

10. MORE! Dunk highlights, Top 5, star profiles, mixtapes. Make sure to subscribe to our YouTube channel so you don't miss a beat.