Top 10 reasons to follow the 3x3 U18 European Championships 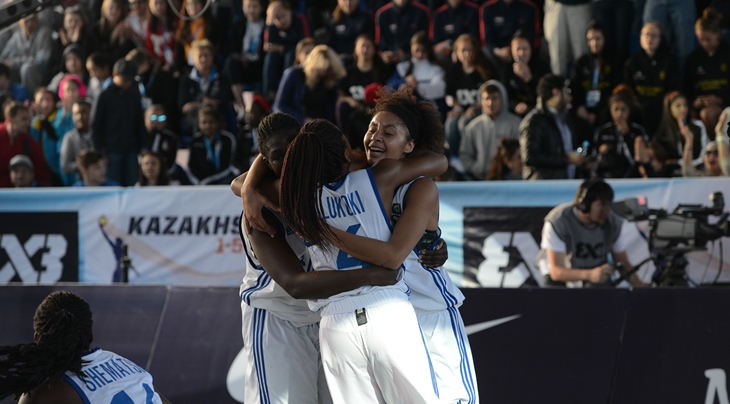 1. WORLD CHAMPS - France's women beat everyone - including USA - at the U18 World Championships three months ago. The same team of Diene Diane, Astou Gaye, Johana Lukoki and Sarah Shematsi is back. No need to have Dusan Bulut's basketball IQ to know who the heavy favourites are.

2. EXPERIENCE MAKES BETTER - The U18 men's Czech national team was sent to Bucharest for the senior 3x3 European Championships and gave the Netherlands a big giant scare (13-11 win). The Dutch went on to win the bronze medal. This Czech team is for real.

3. LOCAL FAVOURITES - So ok France are good but the reigning European Champs? Hungary. Expect the loud Debrecen crowd to lead the women's and the men's teams to the medal rounds.

4. DUNK CHAMP - No dunk contest at the U18 European Champs but the high-flying Zaccharie Mortant - winner of the U18 World Championships dunk contest - promised some mean in-game dunks.

5. SHOOTING STAR - Sara Krumpholcova scored 17 points in game at the U18 World Championships and became a social media sensation. She can basically unleash a shot as quick as she can snap a selfie.

7. NUMBER ONE - Spain star Paula Ginzo climbed all the way up to number one in the individual world ranking. But no more individual. After back-to-back bronze medals at the 2015 U18 European Championships and 2016 U18 World Championships, she's coming for gold.

8. TAKE ME TO CHURCH - We've played in iconic locations before but Debrecen's Reformed Great Church is a thing of beauty.

9. FREESTYLE - 3x3 never stops. And even when the games stop, the stars from the World Freestyle Basketball Associaton (WFBA) will make you look like a speechless emoji.

10. MORE! Dunk highlights, Top 5, mixtapes. Make sure to do what 50,000 people did before you: subscribe to our YouTube channel so you don't miss a beat!