Top 10 men to watch at FIBA 3x3 U18 World Championships 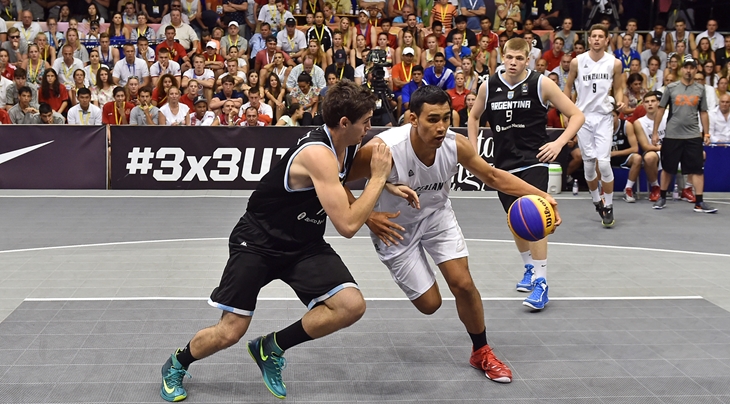 Berra could be the next best Argentinian big man. He flashed some potential and already represented the country at the FIBA (5x5) U19 World Championship at age 17. He will be the tallest player at the tournament.

The versatile Dessi says he got a few tips from NBA star Kevin Durant when he met him at a tournament in Milan last year. Defenders beware!

The lanky Ducasse did some serious damage last year in Debrecen, finishing 24th in scoring in just 6 games. Not the most intimidating big man in the world but a great inside-out threat.

The most polite player of the tournament, except if you're a rim - in which case he will show you absolutely no respect. Durázi showed some great athleticism and was already the second offensive option for Hungary. Now he's the (polite) boss.

A key piece of the U18 FC Barcelona team that just won the Adidas Next Generation Tournament, Font is a creative player who excels in one-on-one situations. Our kind of player.

After a bunch of promising performances in senior tournaments, Muslic rose all the way to number one in the U18 world ranking. Plus the Bosnian-born player trained before the tournament with reigning 3x3 World Champ Yaseen Musa.

A brainy playmaker who lists mathematics as his favourite interest outside of basketball and topped all scorers at the U18 3x3 European Championships last season.

Sinclair was a revelation at the FIBA 3x3 World Tour Manila Masters last season, where he made Terrence Romeo sweat. Since then, the son of an Australian dad and a Filipino mum has been a star for Philippines in youth categories.

Verissimo is back after a strong play in the last edition (31st overall in scoring). The Rio de Janeiro native likes to attack the basket. You should see more of him in our daily Top 5 Plays videos.

The lumberjack went lumbershaq last year, banging rims and blocking shots on his way to gold and an MVP title. After one year at the famous university of Kentucky, Wynyard is back with more range on his jumpshot and even more athleticism. Prepare the pop corn.