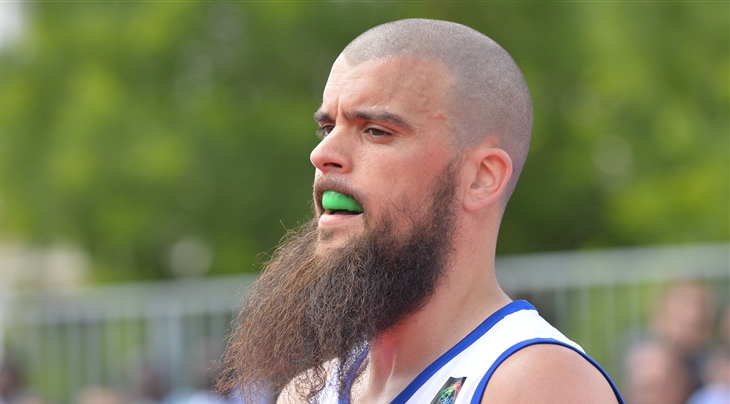 The experienced Alexandrov is the main reason Russia made it through the Netherlands Qualifier (he finished 3rd in scoring in Amsterdam). He is strong in the post and has a lethal spin move but he makes most of his damage from behind the arc.

The man also known as 'The Undertaker' likes to wrestle it down low. He and his signature beard only made their first appearance on the 3x3 scene last year. He was 3rd in scoring in the France Qualifier.

The number one 3x3 player in the world can do it all and has won it all. Except a European title.

The athletic Gentil finished second in scoring at the Lausanne Masters last weekend, thanks to his ability to go to the rack. The brother of a two-time taekwondo Olympic medallist also showed he had an appetite for defense, with some of the most spectacular blocks ever seen at the World Tour.

The number one player in Netherlands has millions of one-on-ones moves up his sleeve. Also don't let the lefty get comfortable behind the arc or the game will quickly get to 21.

Speaking of shooters, the number two 3x3 player in the world may be the very best on the 3x3 circuit. The 'Maestro' was the top scorer last year at the European Games and has a history of knocking down important shots. Just don't leave him open.

The versatile Russian was the top scorer for the winning team at the European Games last year. Finally back from a knee injury he contracted earlier this year, he should be able to dunk on people like he did in the last several seasons.

The Slovenian took a brand new dimension this season for Team Piran and Slovenia. From playing defense and setting big screens, he is now the offensive leader of the team and has great touch from behind the arc.

The Romanian big man may not be the flashiest player on the 3x3 scene but his wide collection of post moves helped him lead Romania to the European title back in 2014. He was also the top scorer of the FIBA 3x3 World Tour the same year.

The Italian playmaker finished second in scoring at the France Qualifier. While he can let it fly from behind the arc, he will bring you to your feet with his mean ankle-breakers.