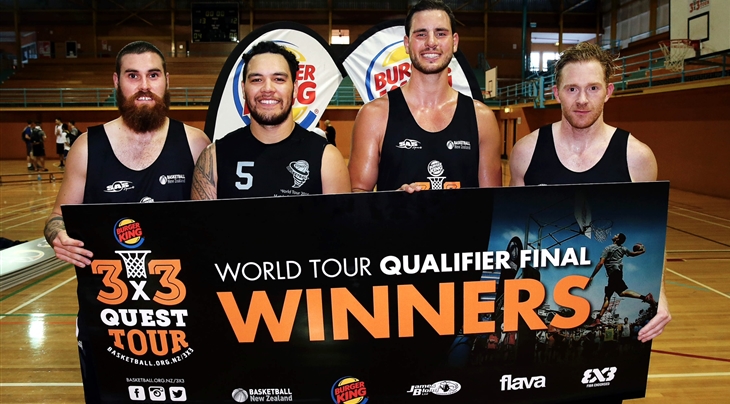 "It was a tough long tournament," the 28-year-old Noyer said.

"We played six pool games and had comfortably won against [eventual finalists] West Auckland during these games.

We knew the final would be tough due to physical exhaustion and the pressure of both teams wanting the win. - Noyer

"Obviously playing against old team-mates, you have a greater insight into their style and game play under pressure."

The game was an absolute thriller with West Auckland missing a potential game-winner in the closing seconds and Auckland prevailing 13-12.

"It feels great to qualify two years in a row," told Noyer aka "The Beard".

"I am excited to get to experience a World Tour event in Beijing this time."

The #53 player in the world Karl Noyer believes that this year he can improve from his quarter-final outing in Manila last season.

"Having experienced the World Tour once before I feel as though we will be more focused coming into this event," the lefty sharpshooter said.

"We have a longer time period to prepare, train and focus before Beijing. Being knocked out in the quarter finals last year makes me more determined this time round!"