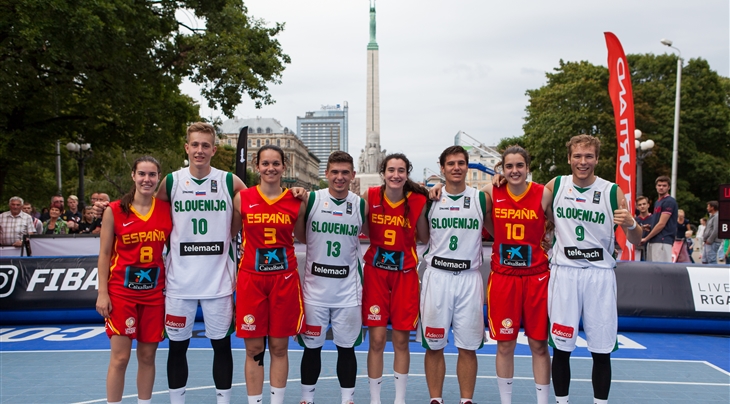 In the women's category, it was a walk in the park for Spain who had a perfect 7-0 record. The U18 World Championships bronze medallists destroyed Belgium 20-6 in the final. It was in fact one of their closest game of the tournament: Spain conceded just 28 points in 7 games, meaning a ridiculous 4 points on average.

The super skilled Paulo Ginzo was an uncontested top scorer (53 points). Evita Herminjard (Switzerland) and Naira Cáceres (Spain) finished second and third in the scoring list with 39 and 32 points respectively.

It wasn't all that simple for Slovenia's men, who actually lost their opener against Spain. The U18 World Championships quarter-finalists went on to win their next four in cold-blooded fashion. Every one of these games were decided by 3 points or less, including a hard-fought final victory against the Latvian hosts (15-14). In total, 11 teams punched their ticket to the 2016 FIBA 3x3 U18 European Championships, which will be held in Debrecen, Hungary on 9-11 September.