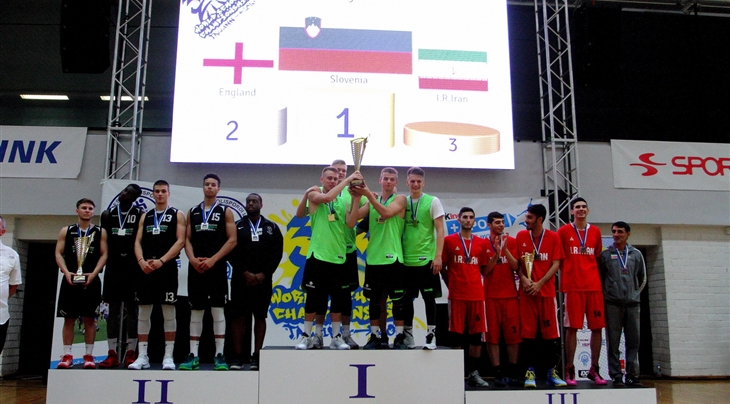 Forty-one teams (men and women) from 20 countries competed in the Estonian capital.

Slovenia prevailed in the men's category after beating England 21-17 in the final and Iran took third place.

In the women's category, the local favourites Estonia suffered a heartbreaking loss against the Slovak Republic in the final (10-12) while England secured another picture on the podium in the third-place against Czech Republic. Beyond the games, the participants were also involved in side activities and took part in working groups about educational values and general culture.

The Internation School Sport Federation) ISF and FIBA partnered back in 2014 to organise a 3x3 World Schools Championships every even year. After a popular inaugural edition in Nanjing, China and the successful showing in Tallinn, Estonia this year, ISF announced the third edition of the ISF 3x3 World Schools Championship will be held in Belgrade, Serbia on May-June 2018.