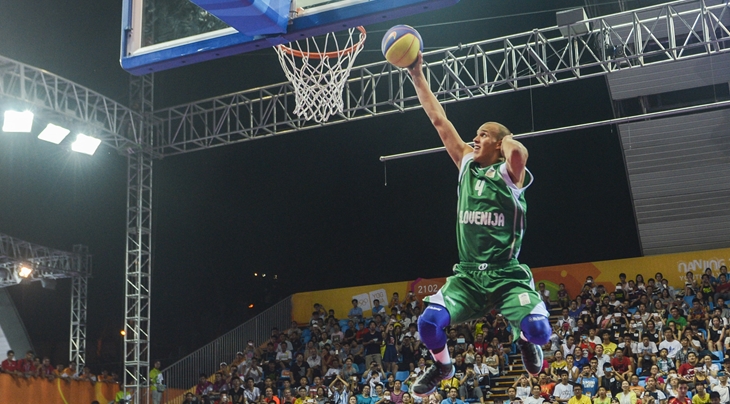 MIES (3x3) - Slovenia have extended their lead in the men's category and made a big leap in U18 men while New Zealand, Uruguay and Kyrgyzstan go up in the FIBA 3x3 Federation Rankings on 1 March 2016.

In the men's category, Slovenia have distanced themselves from contenders Brazil and Poland in the month of February. The Top 10 remains unchanged but further down in the ranking, Uruguay is making noise, climbing from 24th to 21st, having played four events in the month of February. Thanks to the ongoing Burger King 3x3 Quest (4 events last month as well), New Zealand rise to 27th. Following the KSTU CUP, Kyrgyzstan enter the Top 50 (47th) while Angola make an appearance in the Top 100 after the Kilamba Knockout and Cacuaco Survivor tournaments.

Slovenia also make a splash in the U18 men's category following a preparation tournament for the FIBA 3x3 U18 World Championships, which will be held in Astana, Kazakhstan from 1-5 June 2016. They move up to 7th overall. Indonesia is the only other team to climb into the Top 10 (9th). The US gain two spots and are now ranked 11th. The Netherlands, Turkey and Romania still lead this category in that order.

The Netherlands also maintain their hegemony in the women's rankings, ahead of Italy and Hungary. Romania move up 3 spots to 13th overall while Kyrgyzstan make its first appearance in the Top 50 (47th).

Last but not least, Hungary continue to top the U18 women rankings. Netherlands and Turkey are second and third while China reach the Top 10 (10th) and Japan the Top 50 (49th).