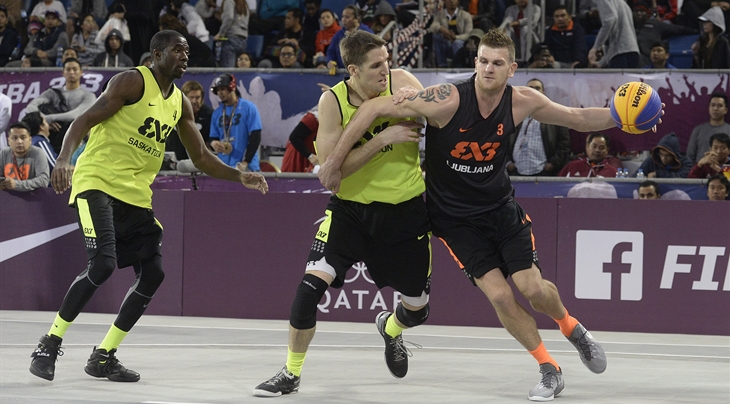 The Slovenian side - who won the inaugural edition in 2013 - will be joined by the best players in the FIBA 3x3 Individual World Ranking and their team.

Dusan Domovic Bulut (Novi Sad Al Wahda) is the number one player in Europe; Nolan Brudehl (Saskatoon) in the Americas; Erfan Ali Saeed (Doha) in Qatar and Amjyot Singh (Hamamatsu) in the rest of the World.

NY Harlem NBA (USA) will compete in Doha after winning the Dew NBA 3X Tour and McGill U (CAN) earned their ticket following their success at the FISU 3x3 World University League.

The last remaining squad will feature four Filipino players yet to be confirmed and compete under the name, Team Manila (PHI).

The event will be played at the Al Gharafa Sports Complex - an outdoors venue which can host over 2,000 spectators - for the second consecutive year.