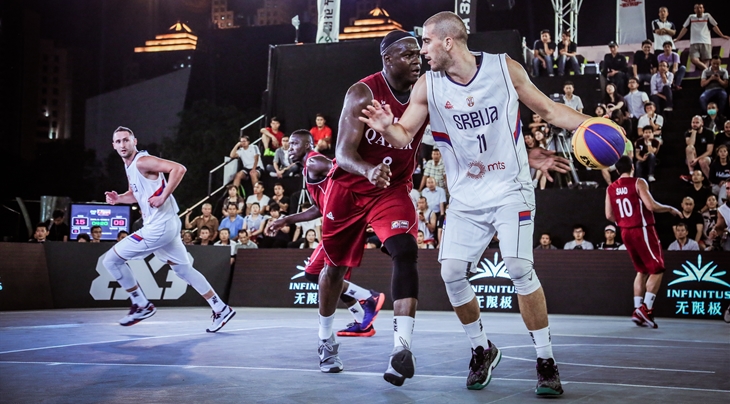 Team of the Day: Serbia (men) The 2014 World Championships runner-ups proved they meant business on the opening day in what is known as the pool of death. The number one 3x3 player in the world Dusan Domovic Bulut led his team to back-to-back wins against the other two medallists of the latest edition: reigning champs Qatar (21-16) and 2014 bronze medallists Russia (21-14)

Game of the Day: Serbia – Qatar (21-16) In a much-anticipated rematch of the 2014 final, Serbia caught fire from behind the arc, scoring a total of 6 two-pointers. Bulut (4 pts) took a back-seat to sharpshooter Dejan Majstorovic (6 pts) and big man Marko Savic (9 pts). It was a statement game for the number one seed against their bitter rivals, whose only bright spot was 20-year-old prodigy Abdulrahman Saad (9 pts)

Player of the Day: Myke Henry (USA) He wasn’t the top scorer (his team-mate Stehon Hannah was), nor did he score any fancy game-winner but the 23-year-old made enough contributions to the Top 10 with his big-time hops to warrantee a spot as Player of the Day.

Head-to-head schedule for final: Fodor vs Hsi-Yeh Liu and Agnew vs Theodorean