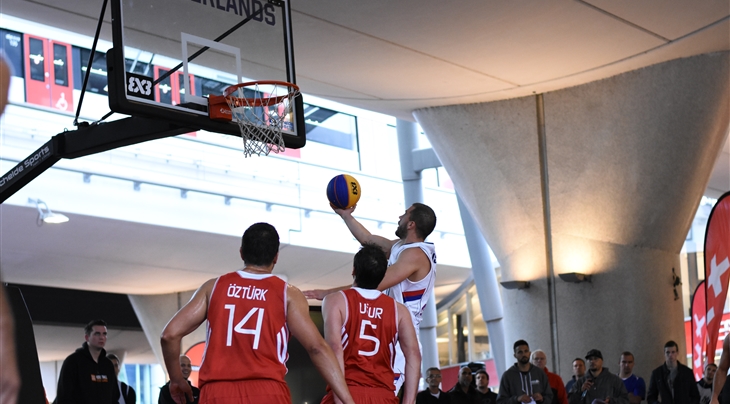 In the men's category, Serbia had 2 convincing wins (vs Azerbaijan and Turkey) in Pool A before the 10' limit.

Netherlands also kept things short in Pool B (against Russia and Slovakia) thanks to a red-hot Joey Schelvis who nailed down 8 shots from behind the arc in its first game and tallied a tournament-high 26 points in just 2 games.

In Pool A, Marjorie Carpréaux delivered the finest passes since Steve Nash went on retirement and led Belgium past the Netherlands and Israel in Pool A.

Serbia did precisely like Belgium thanks to Jovana Vukoje who finished second in scoring on Day 1 with 16 points.

In Pool B, Czech Republic won a hard-fought battle against Ukraine (16-14) then rolled over Germany.

The only solace for Ukraine was a big win against Estonia and Olga Maznichenko winning the scoring charts in the women's category with 19 points.

Action resumes tomorrow at 10.00CET with the last pool games. Every team qualifies for the quarter-finals. The winners of each quarter-final will earn a ticket to the 2016 FIBA 3x3 European Championships in Bucharest, Romania on 2-4 September 2016.