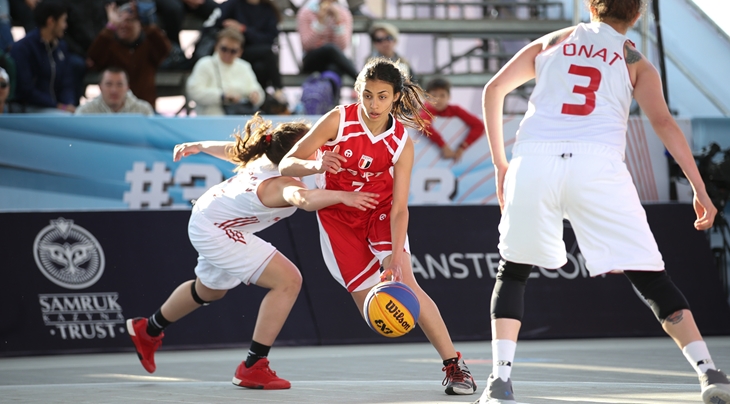 The Cairo native was unstoppable on Friday against Turkey and Guatemala. She connected from behind the arc, hopped to the hoop and nearly had the play of the day when she went behind the back on an impossible drive to the  basket. She now has an 11-point lead in the scoring charts over Sara Krumpholcova (Czech Republic) and 19 points over Livia Gereben (Hungary).

In the men's categories, Hugo Bartolomé (Andorra) caught fire early against Turkey (11pts) and then scored as many points as the entire team of China (13) in one of the biggest upsets of the tournament.

With 35 points overall, the 1.99m versatile big man leads all scorers. The diminutive Flavio Gay ranks second (30pts) and Indonesia's sharpshooter Erlan Perkasa (28pts) is third. All three players have already played their 4 pool games. Tai Wynyard currently ranks 9th but in just 2 games. The reigning champ and MVP plays his third and fourth pool game on Saturday 4 June. We may have a new scoring leader by the end of tomorrow.