Screen: "The 3x3 World Championships are going be amazing" 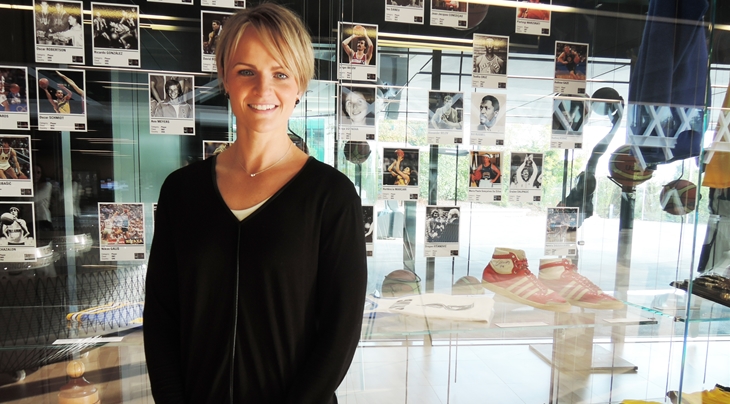 FIBA.com: Are we looking at Jenni Screen, 3x3 sensation?
Jenni Screen: I am really excited to see what it's all about. It's got a huge following, especially in China. It's going to be amazing! The best thing about it is that it's another pathway for athletes and people to get involved in basketball. I am really excited.

FIBA.com: It's a way to extend your career in a way, isn't it? You can play 5on5 and then move on to 3x3 or the other way around. It makes for a complete basketball experience.
Screen: Absolutely. To be completely fair, they are different games. 3x3 is a lot more athletic, a lot more intense. The games are shorter. So it makes it a bit more attractive. The games are quick, they're over in 10 minutes so I think that’s exciting in itself and it showcases a different style of player. So it will be really interesting to see what it is like and how it engages the community.

FIBA.com: How do you try to handle this?
Screen: I am living in Jakarta at the moment and 3x3 in Indonesia is really big and every week I run around on a basketball court in concrete. I got the call [from Basketball Australia] and it's like, what now? I haven't really played in quality for almost three years. My teammates are 19, 20 and 24, so I've got a good 10 years [on them]. I think it will be exciting. It's like a mentorship for me as well and giving them the opportunity to learn from someone that has been around for a long time. So it is a bit of fun really.

FIBA.com: Given the success you've had, are you going into this event thinking "let's get a medal"?
Screen: I saw the pools and my first comment to my teammates was "I think we can advance from the pools". I'm never going to do things half-hearted. So automatically the competitive nature will kick in. I am really really looking forward to it!

FIBA.com: The idea obviously is to spread the game and provide opportunities to countries all over the world, some with small basketball programmes. What are your thoughts about this notion of "You don’t need 12-player rosters [for a 5on5 team], you can have 4 players [for a 3x3 roster] and it's good enough"?
Screen: It's a really good global initiative. FIBA are doing a great job promoting 3x3 for it to be at the Tokyo 2020 Olympics and beyond and hopefully that will come soon. For me I think it’s another opportunity, another pathway that brings people to basketball and promotes physical activity. You only need one basketball, one rim and not even a full court to be order to pick a game with some foreigners and some different people that you might not know and just play. I think that's exciting!