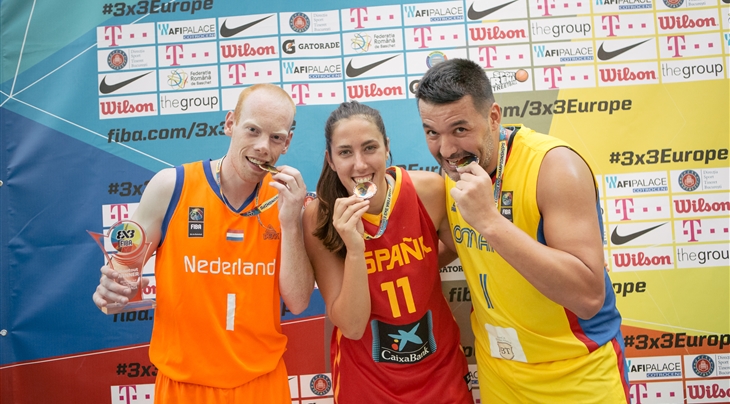 The 1.88m sharpshooter scored 11 points, including one shot from the end of the 3x3 court.

Vega Gimeno had 9 points and collected bronze for Spain.