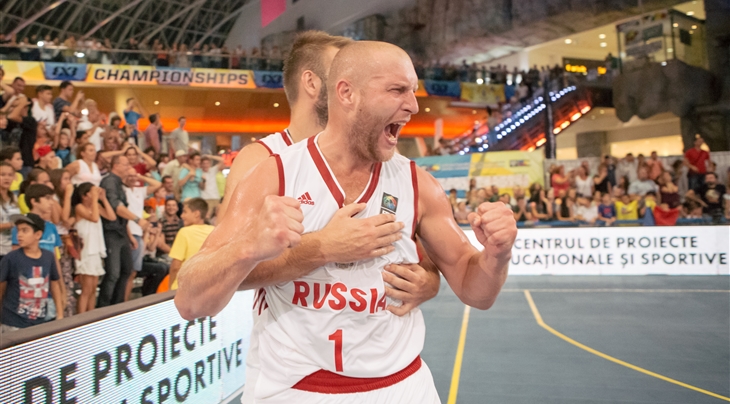 The reigning European champs got the job done in a very competitive pool C with back-to-back wins against Slovenia (14-11) and Switzerland (10-8) with an unstoppable Tatiana Vidmer in the painted area (13 pts).

The shocker of the day was 2014 European Championships runner-ups Slovenia went home early after a second loss against Switzerland (13-14).

In the men’s category, Russia also had a perfect 2-0 record in Pool D after a landslide victory before the limit against Slovakia (21-10) and a much more difficult success against the Romanian hosts (20-19). With his team down by one, Ilya Alexandrov absolutely silenced the crowd with an off-balance shot from behind the arc at the buzzer.

Netherlands was the other undefeated team after beating Czech Republic (13-11) and Poland (11-10) in Pool C.

The men packed and went home but the women’s team saved the day for Czech Republic with two wins, including a thrilling overtime victory against Spain (16-14).