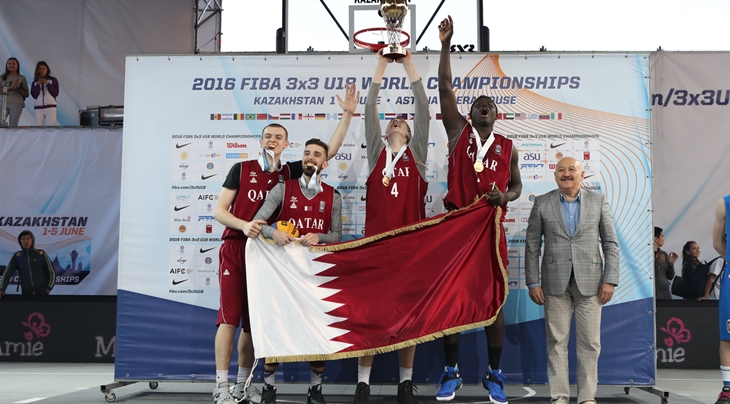 After dropping their first game of the tournament against Italy (16-19), Qatar went on to win their next six games, including the upset of reigning champions New Zealand in the semi-finals (21-16).

The number one 3x3 player in the world (U18 men) Nedim Muslic and big man Seydou Ndoye shined in the final (6pts each). Alen Hadzibegovic and Faris Sedikovic both contributed 4pts as well.

This means Qatar now stand as reigning 3x3 world champions in both U18 and senior categories, following their success at the 2014 FIBA 3x3 World Championships.

Brazil struck silver after beating Slovenia in the quarter-finals (19-13) and Italy in a thriller in the semi-finals (21-20).

Italy recovered from the devastating loss to secure the bronze medal against New Zealand (21-14).