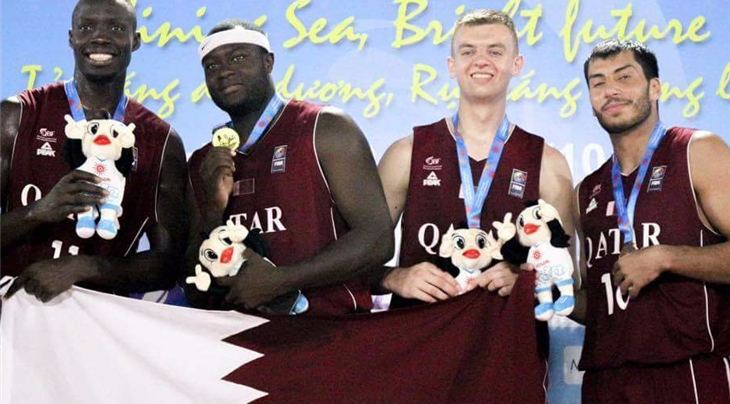 Qatar successfully defended the title they had won two years ago in Phuket, Thailand. The 2014 FIBA 3x3 World Champions defeated Mongolia in the final 15-12.

The same 3 players are expected to defend Qatar's world title at the 2016 FIBA 3x3 World Championships in Guangzhou, China on 11-15 October.

Mongolia's Tsenguubayar Gotov had a game-high 8 points - including 3 shots from behind the arc - in the losing effort.

With Jin Weina recording a game-high 6 points. Her team-mate Dilishati Dilana was the tournament top scorer. The 19-year-old was the flag-bearer for China when she played 3x3 at the 2014 Youth Olympic Games.

Chinese Taipei - who had won the title in Thailand two years ago - won bronze after defeating Turkmenistan 21-9.

The Asian Beach Games are one of the several multi-sport games where 3x3 is played. The dynamic basketball discipline is also played at the Asian Games, the European Games, the Youth Olympic Games and many more.

FIBA have made an official request for 3x3 to be added to the Olympic programme.

The closing ceremony of the Asian Beach Games will be held on Monday 3 October.