Palavra tops all scorers on Day 1 at Prague Masters 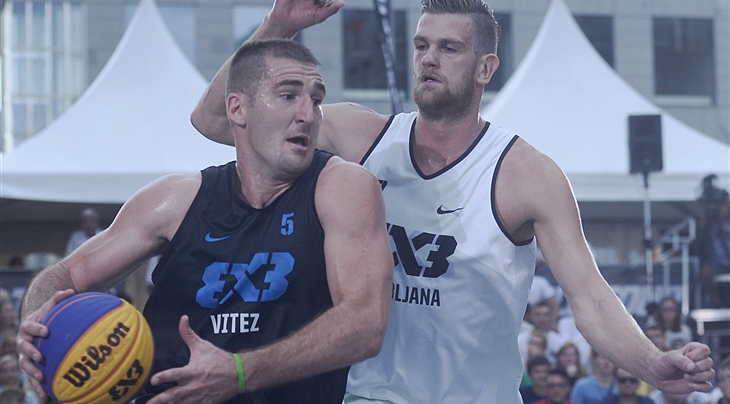 For its third appearance at the World Tour, the 31-year-old got buckets, with a massive 15-point outburst against #2 seed Ljubljana (SLO) in his opener. He added 7 in an upset of last year's Prague Masters semi-finalists Belgrade (SRB), which helped the first-ever Bosnian team to play at the World Tour finish first in Pool B.

Speaking of first times, Budapest - the first-ever Hungarian team at the World Tour - got 20 big points from Balazs Kerpel-Fronius, who nailed seven shots from behind the arc.

Michael 'Money in the Bank' Hicks won't play tomorrow after his team lost to Budapest and Saskatoon but with his 19 points and a pair of spectacular 2-pointers, he made sure his weekend performance would not go unnoticed.