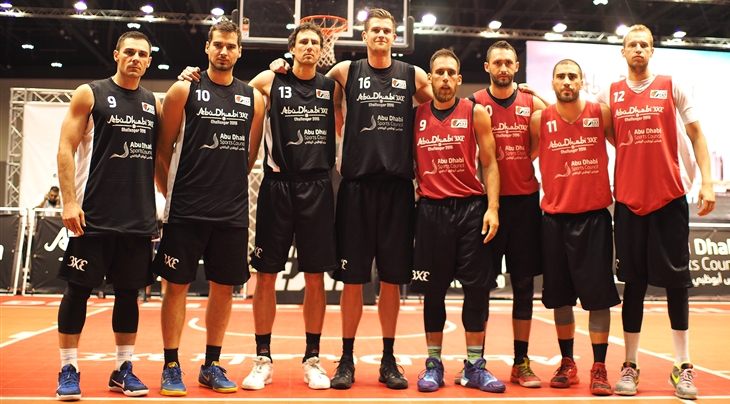 For a moment it felt like 2013, where the taller Ljubljana team bullied Dusan Domovic Bulut and his squad back to back at the FIBA 3x3 World Tour Final and the FIBA 3x3 All Stars. Since then, tables had turned. Novi Sad Al Wahda added sharp-shooter Dejan Majstorovic and the team started dominating Ljubljana and piling up trophies.

Novi Sad Al Wahda were missing big man Marko Savic – out with a thigh injury – but back-up Bojan Davidovac did not disappoint, even leading the team in points.

The tournament - organised by Abu Dhabi Sports Council together with UAE Basketball Association as part of the Abu Dhabi Sports Festival 2016 - featured a plethora of World Tour teams, including 4 who played at the FIBA 3x3 World Tour Final last year and former NBA player Donté Greene.

Ljubljana and Novi Sad Al Wahda qualified for the fourth time in four years for the FIBA 3x3 World Tour.

Runners up at @abudhabi3x3 Challenger
Qualify for Japan #3x3WT and 1000$ in the bank - not satisfied but not bad pic.twitter.com/yw4eXVh6av

On top of the Utsunomiya Masters, both teams already qualified for a second Masters. Novi Sad Al Wahda secured a trip to Beijing by winning the Abu Dhabi Quest on 19 June while Ljubljana made it to the Prague Masters after winning the 3x3 Urban Legends Quest in Greece on 26 June.