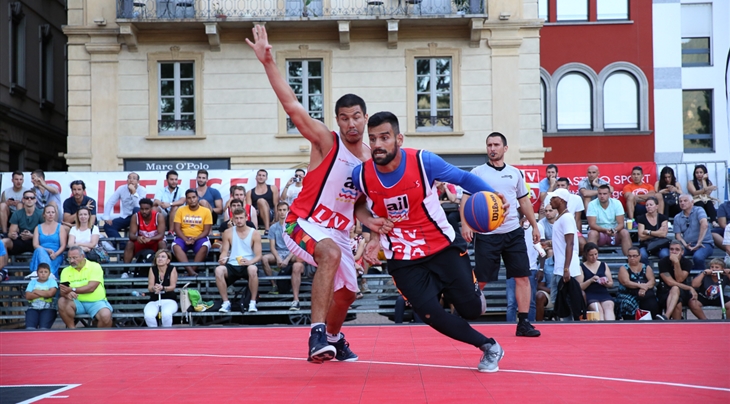 LUGANO (FIBA 3x3 World Tour) - Team Novi Sad Liman (SRB) beat Kranj (SLO) 21-14 in the final of the Lugano Challenger on 6 August 2016. Both teams stamped their ticket to the FIBA 3x3 World Tour Lausanne Masters, which will be staged on 26-27 August.

The young Novi Sad Liman team (24 years on average) had never qualified for the World Tour. They clinched their first-ever appearance in style, with a perfect 6-0 record.

There was plenty of talent in Switzerland with two teams who played at the World Tour Final last season (Kolobrzeg (POL) and Kranj) and several teams who made it to the World Tour in previous years.

But Novi Sad Liman had a dominating performance, winning by a whopping 10 points on average (!). They were awarded the Dario Koludrovic trophy at the end of the tournament, a tribute to a former Swiss rising star who tragically died in a car accident four years ago.

On the Serbian team, a name stood out: Stefan Stojacic, who led Serbia to three gold medals in basketball youth categories in 2007 and 2008.