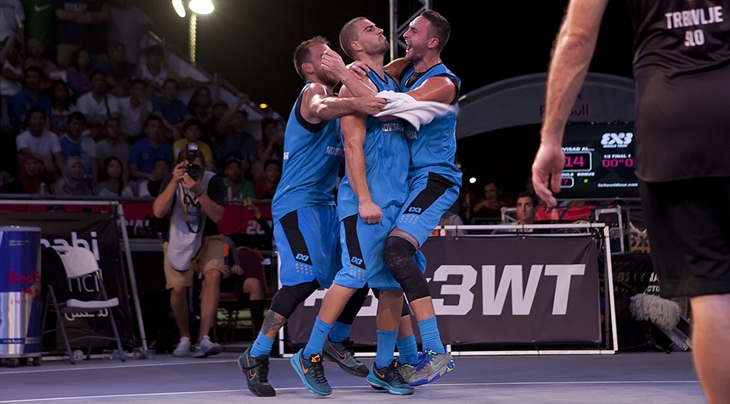 Just like that, NASW (Novi Sad Al Wahda) has already clinched a ticket to 3 Masters, with plenty of time to secure more. Last year, Dusan Domovic Bulut and co played in 4 Masters.

NASW remained undefeated in a star-packed tournament, which featured 16 teams from 11 countries and 20 players from the Top 50 in the FIBA 3x3 Individual World Ranking.

The two-time World Tour champs beat some of their main rivals for a three-peat at the World Tour, including 3 World Tour teams (Paris, Malaga and Vilnius).

Bulut - the number one 3x3 player in the world - scored the game-winner in the final but it was sharp-shooter Dejan Majstorovic who was named MVP of the tournament.

For the championship🏆! @dusan.bulut at the Malbée Lipik 3x3 Challenger

Vitez was a surprise guest in the final and became the first-ever World Tour team coming out of Bosnia and Herzegovina.

Bosnian star Zeljko Palavra was on fire in Croatia and finished as top scorer of the tournament. On a personal level, this will be his third trip to the World Tour after two appearances at the Lausanne Masters in 2013 and 2015.

It was the 18th edition of the Malbée Lipik 3X3 Challenger but the first time ever the event became a direct qualifier to the FIBA 3x3 World Tour. The fans came in numbers with more than a thousand spectators watching the exciting final.